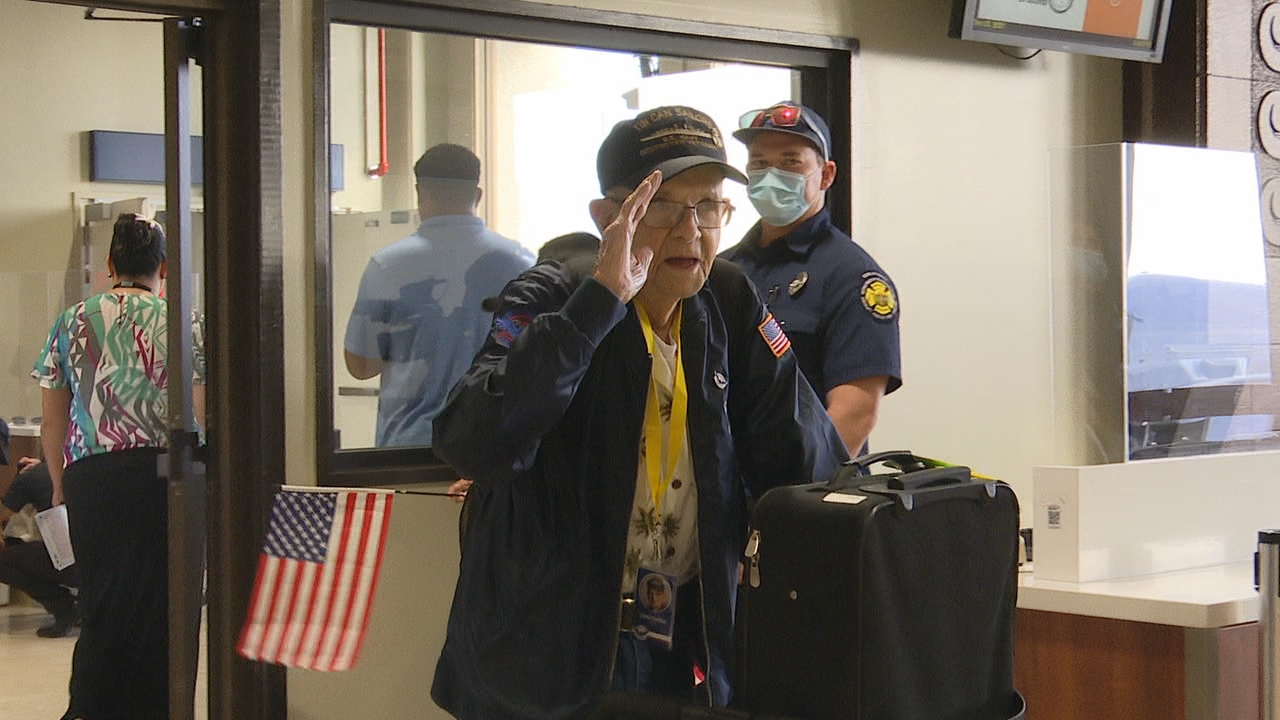 HONOLULU (KHON2) — A total of 59 members of the Greatest Generation arrived at the Honolulu airport on Friday, Dec. 3, all of them veterans of the bloodiest war in world history.

They are in Hawaii to remember the attack on Pearl Harbor and honor the lasting legacy that was left in the months and years that followed.

“Everybody that I knew was faithful,” said Army Air Corps veteran Denny Thompson. “I can remember a lot of close calls, I got two purple hearts.”

The veterans were greeted with a water cannon salute as their plane taxied into Honolulu’s airport. It is all bittersweet, however, as stories of the war still cross their minds 80 years later.

“My company had 250, started. And by the time it was all finished, we actually had replacements and all, the total of 750 went through that,” Marine Corps veteran Ken Wells said.

The call to arms started in Hawaii for these men when Pearl Harbor was attacked by Imperial Japan on Dec. 7, 1941. The attack demanded immediate action and they were the ones who answered the call. They are back — almost a century later — and said those hard times were worth it.