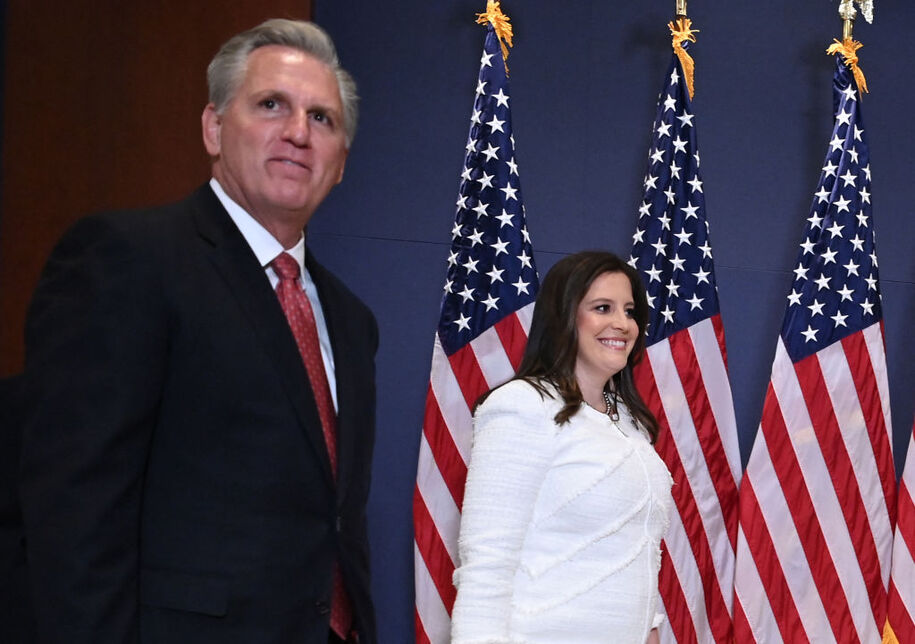 Like in that same promo video with the Russian oil rig, where the narrator says, “We salute those who paid the ultimate sacrifice in defense of our freedoms,” and they show footage from World War II.

The war where America defeated the Nazis.

This part is good, too. From the “Future that’s built on freedom” part of the platform where they shout, “U.S. life expectancy has decreased for two straight years, representing the biggest drop since 1943.” Gosh, why would life expectancy have fallen in the U.S. during a global pandemic?

It’s also nice that they put the health care portion, such as it is, of their plan in the “Future built on freedom” part when in the future, they plan on a national abortion ban.

The fun just doesn’t end. Here’s the setting for McCarthy’s video introducing the plan. That’s a lot of white bread.

And here’s where he talks about the devastating effects of Joe Biden’s economy.

You really couldn’t make this more ridiculous than it already is. Thanks for the laugh, Kev. But, damn, these people can’t get control of the House back.