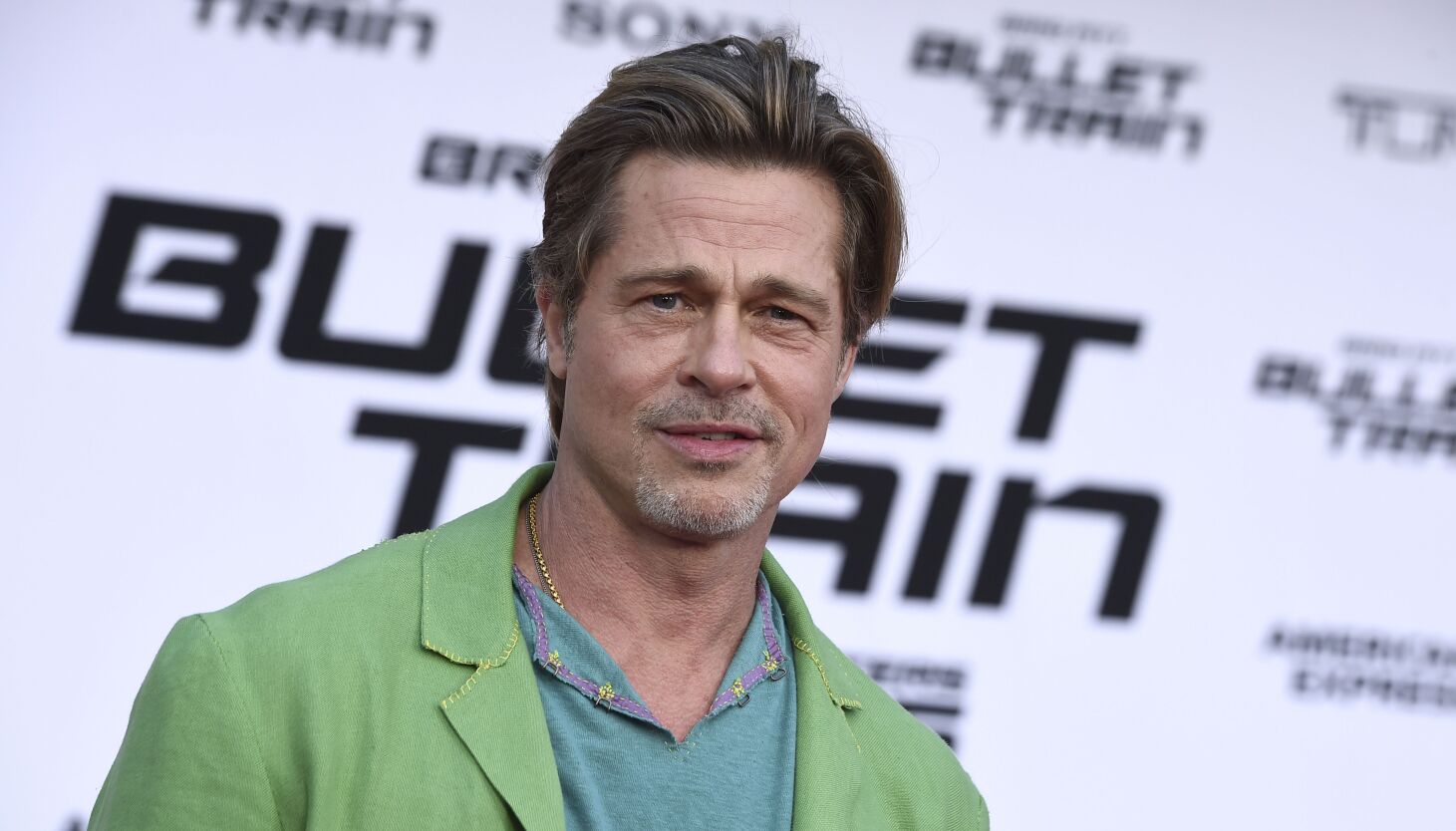 Movie star Brad Pitt maybe be known for his acting chops and good looks, but no one considers him a beauty guru.

Maybe he was inspired by the success his ex-wife Gwyneth Paltrow’s Goop has found. Nevertheless, he is trying something new and launching a skincare brand, called Le Domaine Skincare, which is “genderless,” “anti-aging” and costs between $80 to $385.

And Château Miraval — a vineyard property that Pitt bought with his ex-wife Angelina Jolie in the South of France — is the perfect place for this project, the actor said.

Is Brad Pitt’s Le Domaine just like any other celebrity skincare line?

“I know there are new products nearly every day that people are trying to launch, but if I hadn’t seen a real difference visually in my skin, we wouldn’t have bothered,” Pitt told Variety about the pricey four-product line.

But as John Demsey, the executive group president of the Estée Lauder Companies, pointed out in an interview with The New York Times, “living by influence alone is not enough.” Consumers are again asking important questions about what the product and the brand are about.

“Older customers may be more lured by celebrity, but it’s harder to entice young millennials and Gen Zers who place a premium on authenticity,” the report concluded.

However, Pitt said that his line is “original” and “valid,” which works. He’s even seen the progress in real-time.

“I get sent stuff all the time and … ugh. It’s just all the same for me,” said Pitt. “But this last year we have been testing Le Domaine and I was really surprised by the results, and that for me, made it worth going forward.”

As for the genderless part, the “Bullet Train” actor is willing to admit that men may need more help understanding how to treat their skin.

“I don’t know if it’s just that I believe in being all-inclusive as much as possible?” he said. “Or maybe it’s about us guys needing help from others in understanding how we can treat our skin better? I mean, I probably got more from my female partners in the past.”

He spent 10 years studying grapes and the antioxidant properties they possess. Although his research has coincided with wine and its aging and not products like Le Domaine, he believes that “wine and skin care are exact sciences,” the website states.

Meanwhile, professor Nicolas Lévy, who specializes in human and medical genetics, was able to identify new causes of human aging, translating his research into an active compound called ProGR3, per the website.

With that said, is the small jar of creme worth the obscene price tag? Most often, the “exclusive” ingredients in high-end products make up a small percentage of the ingredient list, and since these are proprietary blends, brands don’t have to reveal exactly what’s in the fancy bottle, according to beauty and wellness site Byrdie.

There is only one way to determine if a skincare line is worth it — look for evidence, said Joyce de Lemos, a cosmetic chemist.

“If I look at a brand like Murad, Perricone MD or SkinMedica that actually puts forth the effort to create clinical tests, and shows me evidence that their product actually works, then at least I know I’m buying something that the company put money into proving.”

Is Brad Pitt obsessed with anti-aging?

Pitt, who is 58 years old, couldn’t be in better shape. Maybe he truly is Benjamin from “The Curious Case of Benjamin Button,” a movie that takes reverse aging quite literally.

Le Domaine products, sprinkled with two patented ingredients, do promise anti-aging, although it isn’t something the actor is running away from.

“(Aging is) a concept we can’t escape, and I would like to see our culture embracing it a bit more, talking about it in those terms. Something we discussed (in founding Le Domaine) was this headline of ‘anti-ageing.’ It’s ridiculous. It’s a fairytale,” he said.

“But what is real is treating your skin in a healthy manner. And it’s something I’ve learnt to do for my business, but it kinda makes you feel better,” he added.

Is Brad Pitt even into skincare?

In the interview, he revealed that he does have a simple routine for his face, thanks to his makeup artist and friend Jean Black who pushes him to stay healthy and try different products, but refused to discuss what the said routine was.

Pitt admitted that he doesn’t really have great skin and that facials make him “antsy,” he said in the interview. But at least he’s being honest.

“Celebrities are saying, ‘This is my skin care, this is what I use,’ and ‘No, I don’t get Botox, it’s just my products,’” Stacey Berke, 34, an addiction counselor in New York, told The Times. “It makes it hard to believe.”

Instead of promoting the serums and creams in a series of social media posts, it seems Pitt is willing to sit back and let the “it factor” shine out on its own. He isn’t even the face of this new brand, which means no TikTok campaigns and very few interviews.

That type of promotion often feels “transactional,” as Lucie Greene, a trend forecaster, described it.