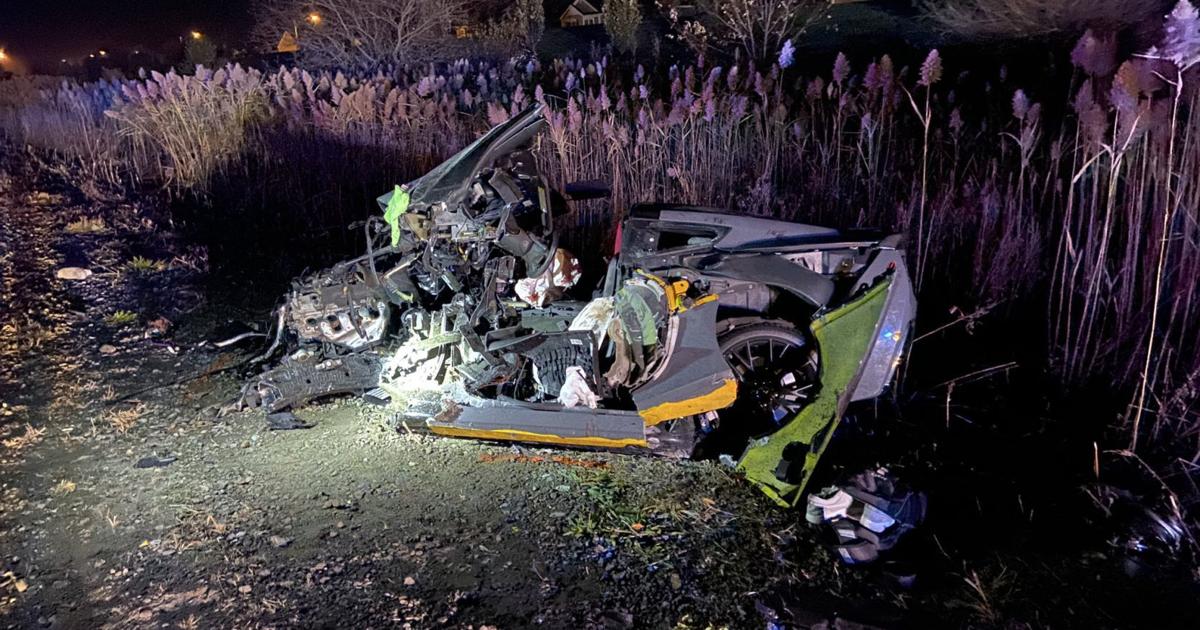 A 2015 Chevrolet Corvette sits crumpled on the side of the road after a fatal wrong-way crash early Sunday on I-65. A 2015 Kia traveling the wrong way crashed into the Corvette.

A 2015 Kia rests against the center median early Sunday on I-65 after a fatal crash. The Kia, police said, was traveling the wrong way before crashing into a 2015 Chevrolet Corvette.

CROWN POINT — All lanes of southbound Interstate 65 were closed for a short time near 109th Avenue Sunday morning after state police investigated a fatal wrong-way crash.

Indiana State Police received a call at 1:34 a.m. that a wrong-way driver had entered northbound I-65 from U.S. 231. Approximately one minute later, OnStar reported a crash, according to a news release from ISP.

Troop Dennis Griffin and Crown Point Fire responded to the scene. Preliminary investigation showed a 2015 Kia was traveling the wrong way on the highway when it struck a 2015 Chevrolet Corvette head-on, utterly destroying the sports car, the release states.

Alcohol is believed to be a factor, police said.

The Lake County coroner identified the driver of the Kia as 21-year-old Anna Warner, of Beaverville, Illinois. Warner died from injuries sustained in the crash after being transported to Franciscan Health Crown Point, police said.

Two men were in the Corvette that was struck. The driver was pronounced dead at the scene, and notification of next of kin is pending. The passenger was transported to Franciscan Health Crown Point with non-life-threatening injuries, police said.

Photos posted by state police on Twitter show the Kia smashed into the cement median with the front half of the car crumpled.