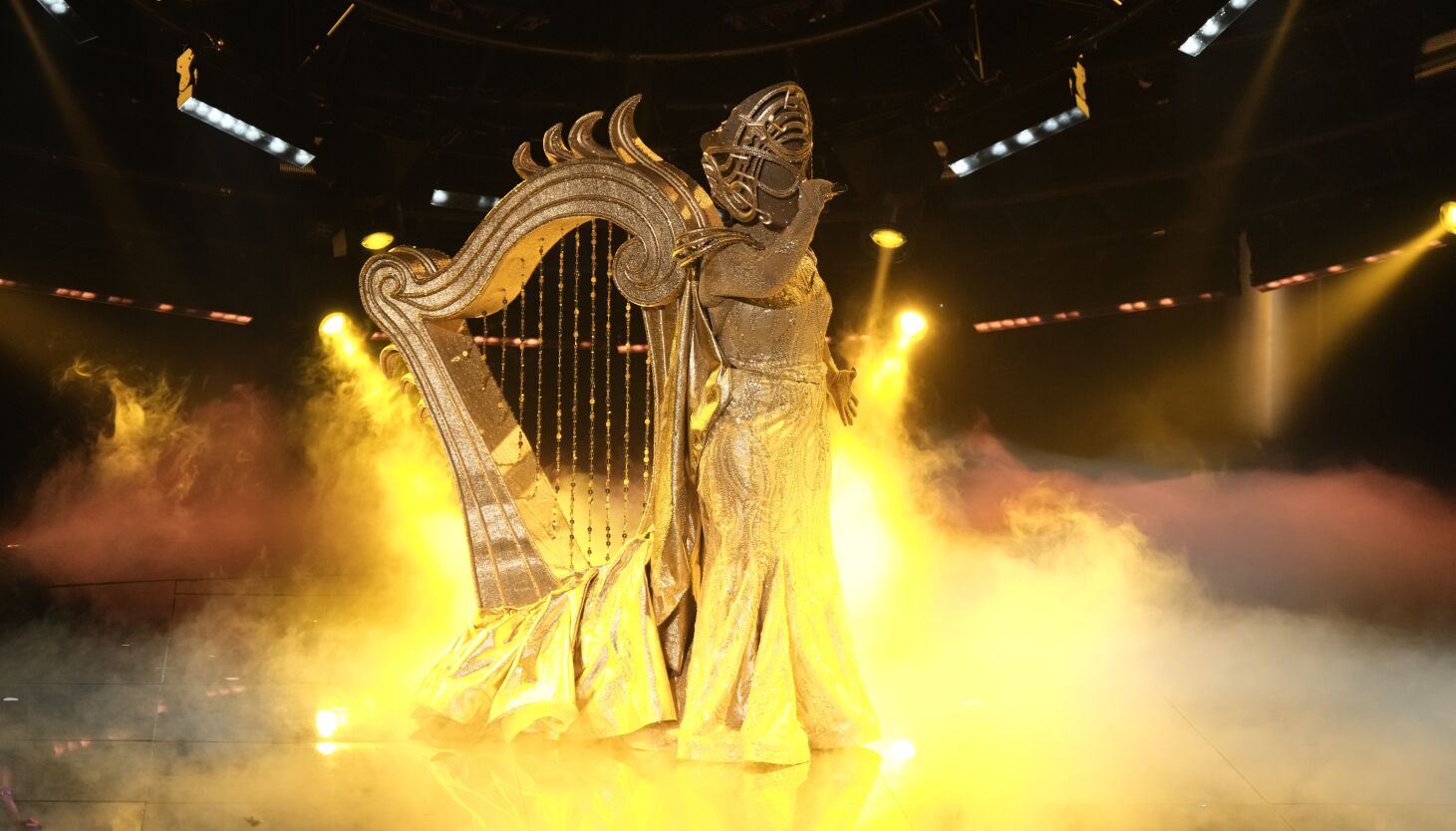 After one episode, Season 8 of “The Masked Singer” already has a standout contestant. The Harp was declared the winner of the season premiere, meaning it will be a while before the identity is revealed.

But that isn’t stopping fans from guessing.

During the Season 8 premiere of “The Masked Singer,” the show unveiled two contestants: “Star Trek” actor William Shatner was the Knight, and Monty Python legend Eric Idle was the Hedgehog, the Deseret News reported. The show will reveal the identity of the Hummingbird — who some fans are guessing is Tom Brady — during the Sept. 28 episode.

The Harp was declared the “queen” of the season premiere, getting to advance to the next round and keep her identity secret, per People. But fans are already speculating about the mystery person behind the musical instrument.

For the premiere episode, the Harp shared her backstory, providing clues about her identity in a voiceover package.

“When I was a teenager, I auditioned for the biggest show in the world,” the Harp said in the package that also revealed a witch hat and 3D glasses, according to People. “It was my dream, but I didn’t fit the mold and was turned down. I was devastated, but I knew I had to keep going.”

Harp added that she “became an idol for anyone who felt like an outsider.”

According to People, when “The Masked Singer” host Nick Cannon asked Harp for her proudest accomplishment, she responded: “I think maybe the award I won for my acting. No, no, no, no — actually, the one I won for my singing. Wait, no, no, no, no, no, no, no. It’s probably the one for my comedy because I got to share that with my besties.”

The show’s judges made the following guesses about who could be Harp: Jennifer Hudson, Jordin Sparks, Queen Latifah and Fantasia Barrino.

But fans have come up with another possibility.

Viewers of “The Masked Singer” are speculating that actress Amber Riley is the Harp, Newsweek reported. Riley — well known for her role as Mercedes Jones on “Glee” — auditioned for “American Idol” in 2003 but got turned down.

The entertainment site Distractify also notes that the 3D glasses could hint at “Glee: The 3D Concert Movie,” while the witch hat could reference the musical “The Wiz,” which featured Riley as the Good Witch Addaperle.

“The Masked Singer” airs Wednesdays on Fox at 7 p.m. MT. Episodes are available to stream the following day on Hulu.