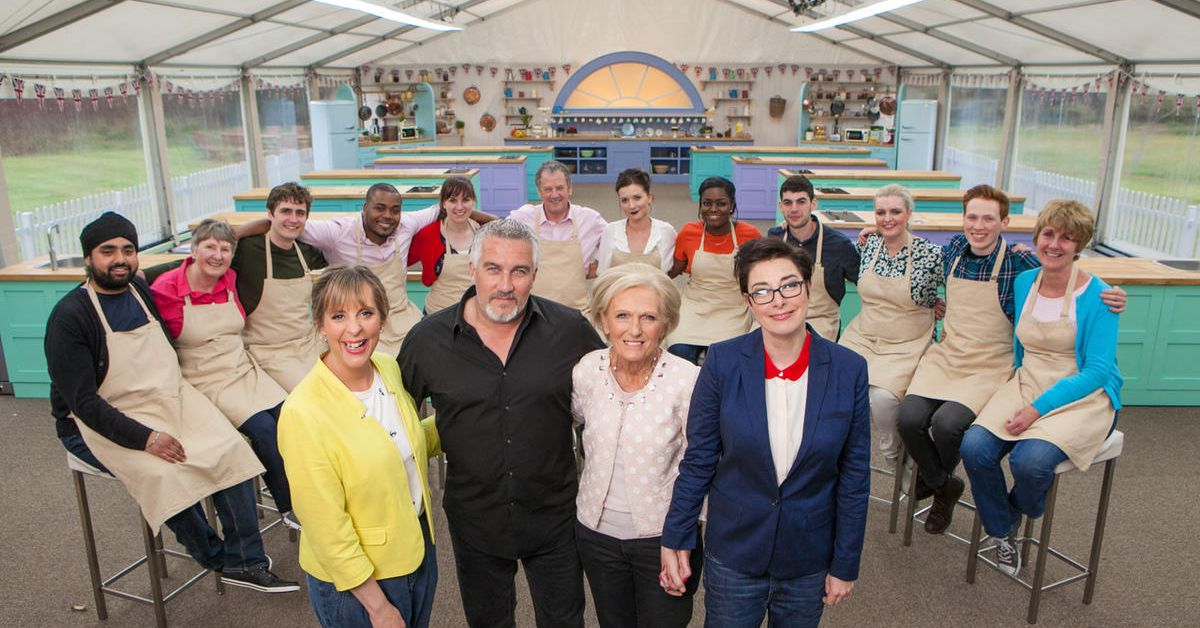 Actor David Schwimmer, best known for playing Ross Geller in “Friends,” loves “The Great British Bake Off” and for all the right reasons.

“I love it. There’s such a good spirit on that show. It’s competitive, but everyone’s so lovely with each other. It’s so not American,” he said, reported by Hello Magazine.

He isn’t the only celebrity to rave about it — Dwayne “The Rock” Johnson, Jonathan Van Ness, Anna Kendrick, Snoop Dogg, Amy Schumer and even Taylor Swift, all of sing the show’s praises.

And they’re all right. “The Great Bake Off,” also known as “The Great British Baking Show” in the U.S., is, in fact, great. It’s skyrocketed into popularity in recent years, becoming one of the most notable shows out there. So what makes the show so great? Let’s take a look.

What happens on the ‘The Great British Baking Show’?

If you’re not familiar with the show, it’s about 12 amateur bakers from Great Britain who compete in three weekly challenges around different themes. They compete for 10 weeks until one is crowned as champion.

But here is the catch — there is no prize money.

Per Bustle, the challenges don’t have secret gimmicks either. The baker always has time to get something on the plate, unlike American shows that make your heart pound as the clock ticks closer to zero.

And the judges aren’t like Gordon Ramsay, who curses and screams at his contestants, but instead, they’re like mentors and teachers, explaining little details about the dough or the crust in an uncruel way.

“The show is sort of the opposite of everything that television is meant to be,” said Richard McKerrow, executive producer until last year, according to Insider.

“I think, unfortunately, a lot of television, whether it’s in America or Britain, has a poor notion of the audience,” he said. ”They think they know what the audience wants. Let’s spoonfeed them reality shlock, and it’s just sort of the lowest common denominator and in a way that’s why a lot of television is struggling.”

Judges Paul Hollywood, celebrity chef and artisan baker, and Prue Leith, restauranteur and chef who joined the show in 2016, determine the bakers’ skills through three challenges, per Insider:

The show just wrapped up Season 12 and crowned their winner — Giuseppe Dell’Anno, an Italian-born resident of the U.K., who had the most baking experience and barely broke a sweat during the competition, per Mashed.

Why is “The Great British Baking Show” so good?

You may think, “what’s so entertaining about baking anyway.” Watch an episode and you will find yourself at the edge of your seat, biting your nails and hoping that the Swiss roll has enough layers or the pattern turned out OK.

“I think great television has to be simple but then within that, all the complications can play out,” said McKerrow, per Insider.

According to Bustle, as the show gains popularity, it has become a comforting and unifying power during the isolating time the pandemic brought on us.

Though the season is over, not all is lost. The fourth season of the holiday special, “The Great British Baking Show: Holidays” is hitting Netflix on Dec. 3.

As usual, it will be two episodes long with Paul Hollywood and Prue Leith as the judges.