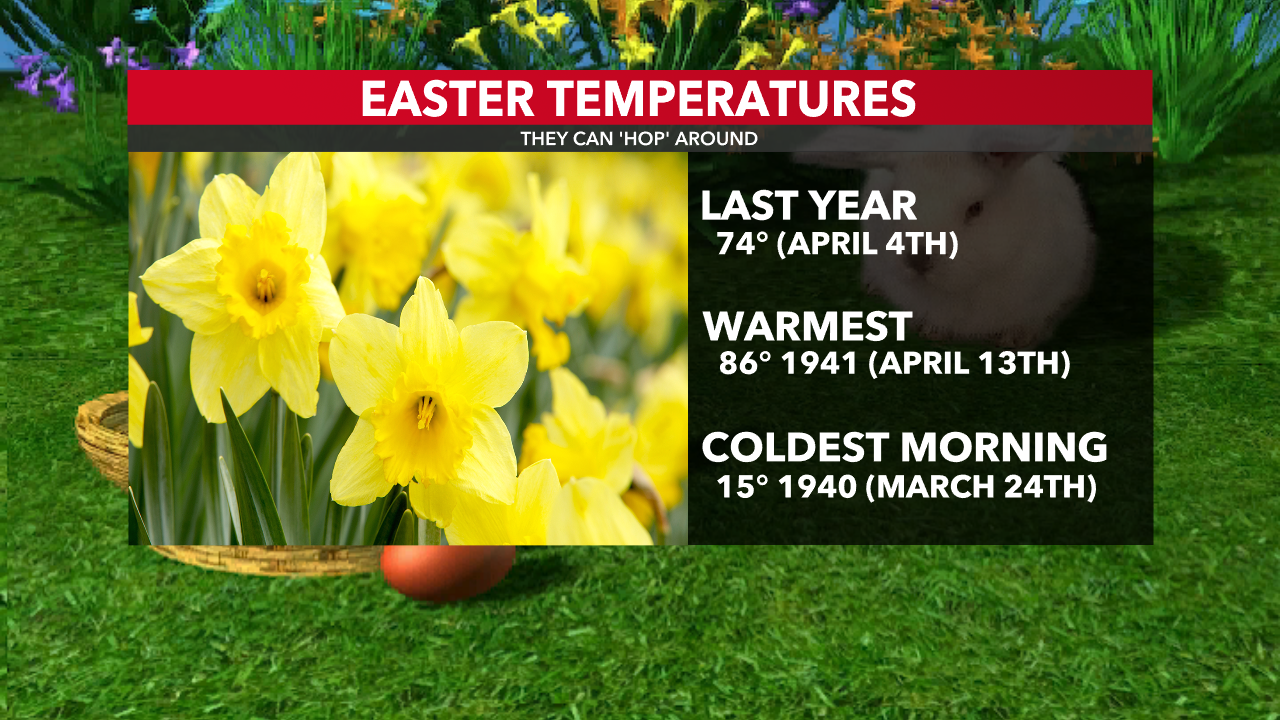 We had a warm up Friday before showers arrived and even a few locations reached 70-degrees. This level of warmth will not be around for several days and Easter 2022 will be the coolest since 2018.

RAIN ARRIVES AHEAD OF COLD FRONT

Showers are on the increase late Friday and will spread across the state through sunset. The rain will increase in coverage reaching nearly 50% of the area before midnight but also depart quickly late night. 12 of 15 days have produced a trace or more of rain this month. Dry time is coming as a cold front passes early Saturday morning paving the way to a good looking Easter weekend. We will take all the sun we can get, not only has this been a wet month but no surprise its also been cloudy, April 2022 has only produced half the possible sunshine.

We are expecting mostly sunny skies this weekend, give the early clouds a chance to move on if you are out early Saturday.

We’ve reached mid April and the midway point of Meteorological Spring, the 46th day since March 1st. We use the spring months of March, April and May as spring and for weather records and after a very warm open to spring, we took a decided turn right around the final week of March. To-date we have nearly as many days above as below but the season really did flip, sharply. March at one point peaked at just over 6° per day above normal and now, halfway through April we haven’t recorded one 70° day officially in Indianapolis this month. This is the first time we’ve gone this late into an April without a 70° day in 29 years (1993).

These cooler than average temperatures are not backing off anytime soon and afternoons this weekend including Easter Sunday will average as much as 10-degree below normal. The forecast high Sunday of 53° will be the coolest for an Easter in four years and occur 20-degrees cooler than last year. This will be only the second Easter in the past 10 years to fail to reach 60°. The last was 2018 with a high of only 46° along with 2.1″ of snow. Do you remember that Easter?