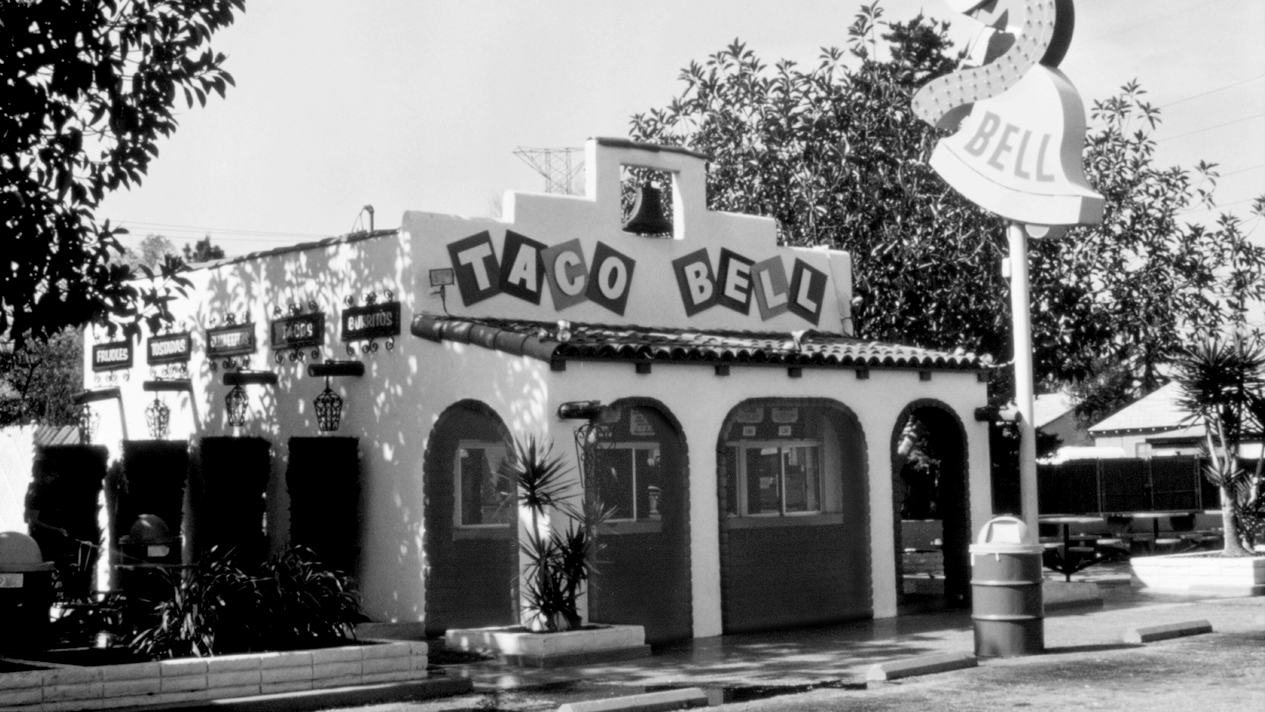 (NEXSTAR) – The very first Taco Bell location was no bigger than a two-car garage.

It did, however, have several menu items that are nowhere to be found among Taco Bell’s current offerings, including a “chili burger.”

Glen Bell, the chain’s founder, opened his first Taco Bell in Downey, California, in 1962. Bell had previously operated a number of fast-food restaurants throughout the ‘50s — including Bell’s Drive-In and Taco Tia — but he was envisioning something altogether different for Taco Bell. Specifically, he had an idea for a small walk-up taco stand surrounded by “shops, live music and fire pits,” according to Taco Bell.

The resulting restaurant, with its fire pits and a live-performance area in the back, bore little resemblance to the Taco Bells of today. There was also a walk-up window — and only a walk-up window — where customers could order whatever their hearts desired, so long as they desired one of five menu items.

The earliest official Taco Bell menu offered frijoles, tostados, chili burgers, burritos (red or green) and tacos, all for 19 cents apiece. Each of these items stuck around well into the ‘70s, while Bell and his franchisees went about expanding the chain throughout California and beyond.

Of course, there were a few changes along the way. In a photo of the restaurant’s overhead menu circa the early ‘70s, prices had jumped to a whopping 25 cents. “Tostados” also became “tostadas,” and “chili burgers” gave way to “Bellburgers,” which were described as having ground beef, lettuce, tomato and a “famous” Taco Bell sauce.

Many of these items persisted for decades in one form or another, but today only tacos and burritos remain from the first Taco Bell menu, and even those have evolved from their original incarnations.


Before the Filet-O-Fish, McDonald’s had a wildly different idea for a non-meat sandwich

But not everything has changed. The original Taco Bell restaurant, which closed in 1986, is still intact after being saved from demolition and moved to the Taco Bell headquarters in Irvine, California. (Good luck ordering a chili burger, though.)