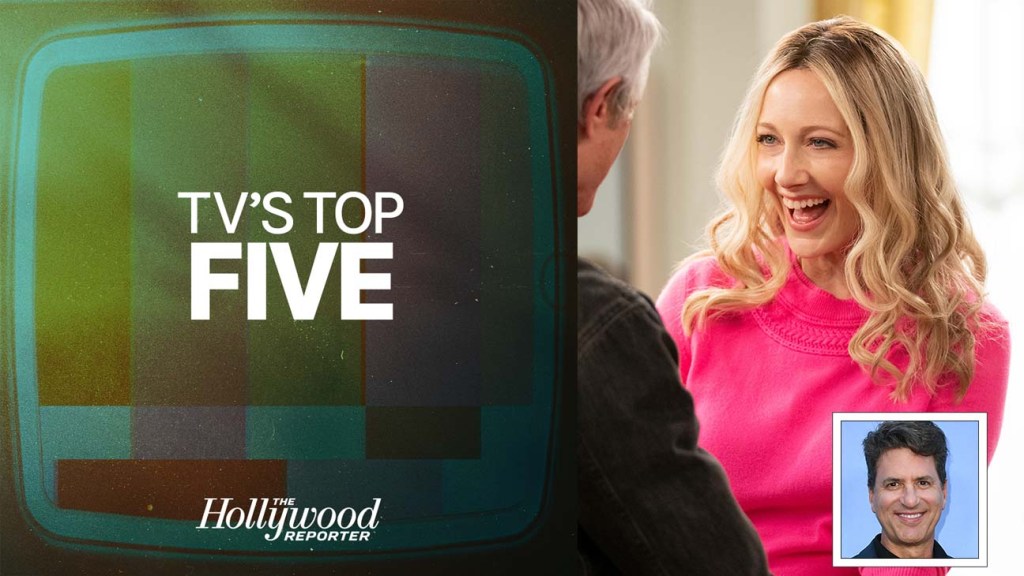 Welcome to the 186th episode of TV’s Top 5, The Hollywood Reporter’s TV podcast.

Every week, hosts Lesley Goldberg (West Coast TV editor) and Daniel Fienberg (chief TV critic) break down the latest TV news with context from the business and critical sides, welcome showrunners, executives and other guests, and provide a critical guide of what to watch (or skip, as the case may be).

This week, we’re joined by the co-creator of one of television’s greatest comedies ever, break down what the bleep is going on at J.J. Abrams’ Bad Robot and answer listener questions in our Mailbag segment.

Here’s how the episode plays out.

Warner Bros. is revisiting Constantine with star Keanu Reeves, leaving J.J. Abrams’ HBO Max TV take on the DC character out in the cold as the studio behind it shops both that series as well as Abrams’ Madame X. Both those, as well as the animated Batman: Caped Crusader are being shopped to streamers as Warner Bros. Discovery looks to license its content — shockingly including DC Comics content — to outside buyers rather than spend big bucks to keep them on internal platforms. This segment explores what’s going on with Bad Robot following a string of recent shows that were dropped by HBO and HBO Max.

You ask, we answer! In this frequent topic, Dan and I respond to listener questions. Topics this week include why Netflix effectively surprise dropped Ryan Murphy’s Dahmer, thoughts on John Oliver’s Law & Order rant and more.

Steve Levitan, the co-creator of five-time Emmy-winner Modern Family, returns to television with his next series — Hulu’s Reboot, an insider’s POV on the TV industry. The series follows a former 1990s sitcom that gets rebooted and offers a look at the faux show’s writers’ room and overall production. Levitan opens up about his interest in exploring the show behind the show on Reboot and Greg the Bunny and Larry Sanders. After spending his entire career on broadcast, Levitan also discusses his interest in streaming and what it would take for him to return to the grind of network television. Plus, will Modern Family be rebooted before Reboot gets its own reboot? He also gets frank about how crafting Reboot was therapeutic and the pressures of creating an original series after a big-time hit like Modern Family.

As usual, every episode ends with Dan’s thoughts on what to watch (or skip) this weekend. This week, he weighs in on Hulu’s Reboot, the latest Star Wars series on Disney+, Andor, as well as Netflix’s new Ryan Murphy series Dahmer. Bonus: thoughts on HBO’s Hostages and Hulu’s Chefs vs. Wild.

Hear it all now on TV’s Top 5. Be sure to subscribe to the podcast to never miss an episode. (Reviews welcome!) You can also email us with any topics or Mailbag questions you’d like addressed in future episodes at TVsTop5@THR.com.