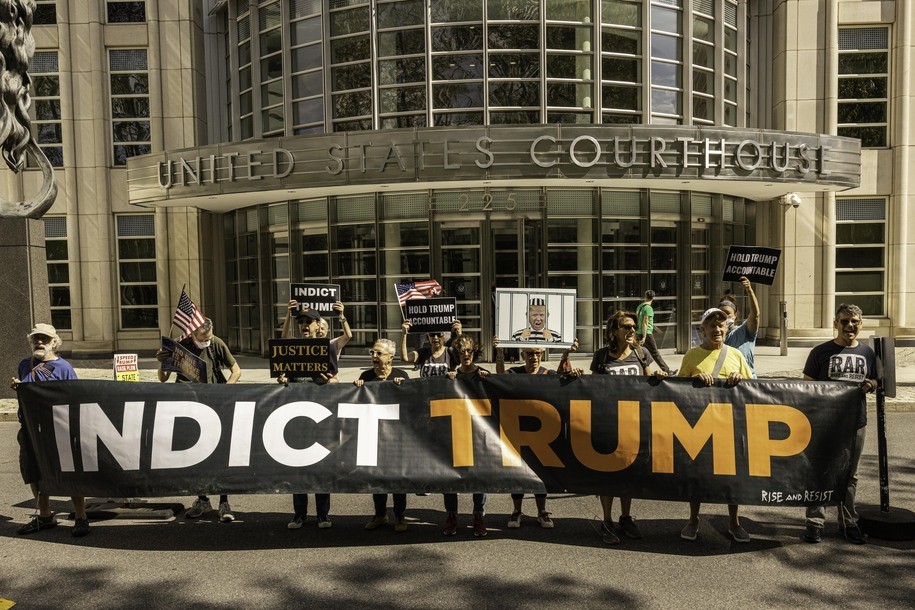 When it comes to declassification, Trump has claimed to “declassify everything” outside of court, but when Dearie pressed Trump’s legal team, they refused to name a single document that was declassified. Trump may still be going on television to talk about his ability to magically think documents into a declassified status, but he’s going to have a very difficult time raising this in a court—his attorneys were given the opportunity to do just that, and they passed.

Similarly, Trump has also been hinting that some of the documents found at Mar-a-Lago may be been planted by the FBI, going back to comments he made on his failing social media platform the day following the FBI search. Trump and his representatives have repeated these claims several times in interviews and at rallies. During his Wednesday night interview with Fox pundit Sean Hannity, Trump was at it again, suggesting that the FBI could have “dropped something” into the piles of documents that were photographed at Mar-a-Lago, or that they might have “added something” later. But even on Hannity, Trump wasn’t willing to get more specific.

Dearie isn’t about to let this claim by Trump derail or delay the special master process, saying it will run “concurrently” with the process of reviewing documents.

This order also sets a fairly swift series of dates for which the remaining steps in that process will happen. By Friday (i.e., tomorrow), both sides are to agree on an electronic hosting site for the documents. By Monday, all the documents are to be in place on that site, with unique numbers for every page. Trump’s team is to immediately begin reporting any pages that they feel are privileged, “on a rolling basis,” and these documents will be dealt with as they appear.

Trump’s team is to finish with this by Oct. 14, when it will submit “its final and complete log of designations,” and both sides are to finish their review of any disputed documents by Oct. 21. It’s not quite the Oct. 7 date Dearie wanted at the outset, but it’s also not the post-election Nov. 30 date set by Judge Cannon.

None of this means Trump will shut up about “planted documents.” After all, he absolutely has not shut up about “declassifying documents.” But it does mean he’ll have a very hard time if he ever tries to make such a claim in court.