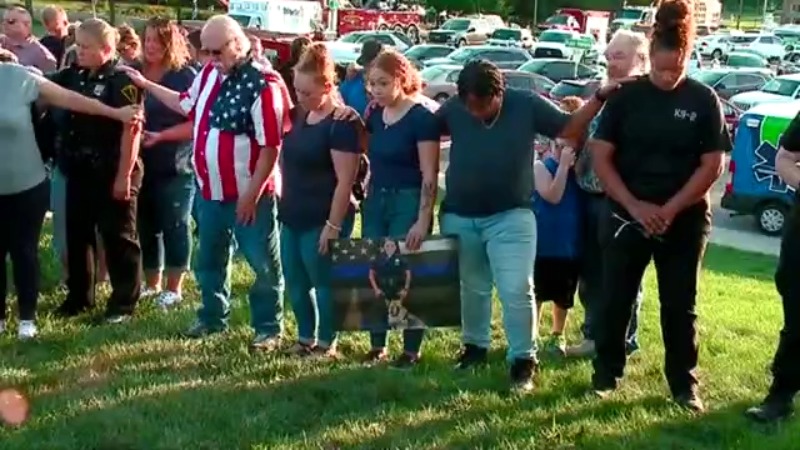 Officer Burton remains in the hospital in critical condition and on a ventilator. Richmond Police Chief Mike Britt said on Thursday that Burton successfully underwent surgery but “has not regained consciousness and is still fighting for her life.”

Friday night’s prayer vigil was a chance for the public to come together and show their support for Officer Burton as she fights for her life.

Many shared their impressions of Burton, including Richmond’s mayor.

“When I swore her in, I met this fiery, young, brand new cadet that couldn’t wait to get out there and do that job,” said Richmond Mayor Dave Snow. “If you know Seara, you know she’s an absolute warrior.”

“She is absolutely just the embodiment of what you want your child to grow up to be,” said Jamie Terhaar, vigil organizer.

There has been an outpouring of support from the Richmond community and law enforcement since she was shot Wednesday during a traffic stop.

Officer Burton is a four-year veteran and was recently elevated to the K-9 unit. Burton was also engaged and supposed to be married soon.

The man accused of shooting her was arrested and faces several charges including attempted murder.