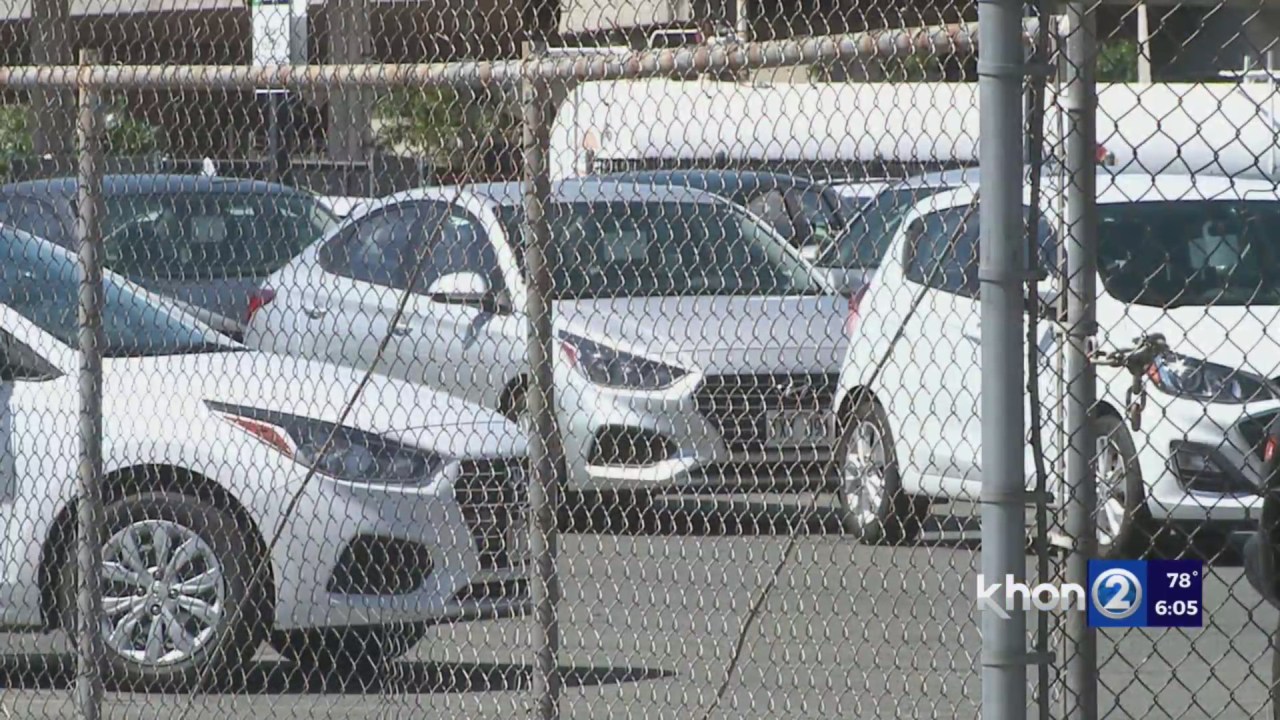 HONOLULU (KHON2) — If you’ve tried to get a rental car recently, you may have paid a lot more than you expected to — that is if you were able to get a car at all.

As spring break nears, experts are predicting an uptick in travel. If you have a trip planned you might run into problems if you don’t already have a reservation.

It has been especially difficult to pick up a rental car on Kauai. Honolulu resident Jeffrey Kimoto said he has not been able to get a rental in three weeks.

“I have to go three out of four Saturdays a month to call and I checked Costco I checked Avis. I have a business account. They say there’s no cars available,” said Kimoto.

When he’s been lucky enough to get a car, Kimoto said he’s shelling out more money than he used to.

Even if you do spot some cars in the lot, high demand has them reserved. Visitor arrivals have more than doubled in February compared to last year.

The Hawaii Department of Transportation (DOT) said they haven’t seen shortages on Oahu or Maui, which they say actually does more rentals than Honolulu.

The DOT added that the beginning of the pandemic caused many rental car companies to sell their fleet or leave them parked at Aloha Stadium. While cars were left there, batteries were taken out and the hot sun melted down windshield wiper blades.

“They didn’t know when they were going to come back and especially here in Hawaii, you can’t leave rental cars sitting empty and not used on the Aloha Stadium parking lot,” UH Travel Industry Management Professor Jerry Agrusa said. “It’s just not good for the car. We’re surrounded by salt air and saltwater and the sun and so on. So it’s just they had to get rid of them,”


H.E.R. to perform at the Waikiki Shell in April

A worldwide semiconductor chip shortage has made getting any car more difficult, so rental companies are having a tougher time getting their fleet back.

“They don’t buy 20 cars. They buy 20,000 at one time, and they usually get it at a discount,” Agrusa said. “It’s just like when we go to Costco we buy in 96 rolls of toilet paper we pay less than buying four rolls, and the difference is the car companies have a shortage now of manufacturing. So they don’t need to give the discount.”

So what can save people money when they’re taking a trip this spring? Agrusa recommends using person-to-person rental car services like Toro.

What’s going on around the globe. Find out in International News

“On the mainland, you’ll be paying more and you might want to consider looking at Toro there but here in Hawaii, where there is no other choice on the neighbor islands. That’s what I would be looking at,” said Agrusa.