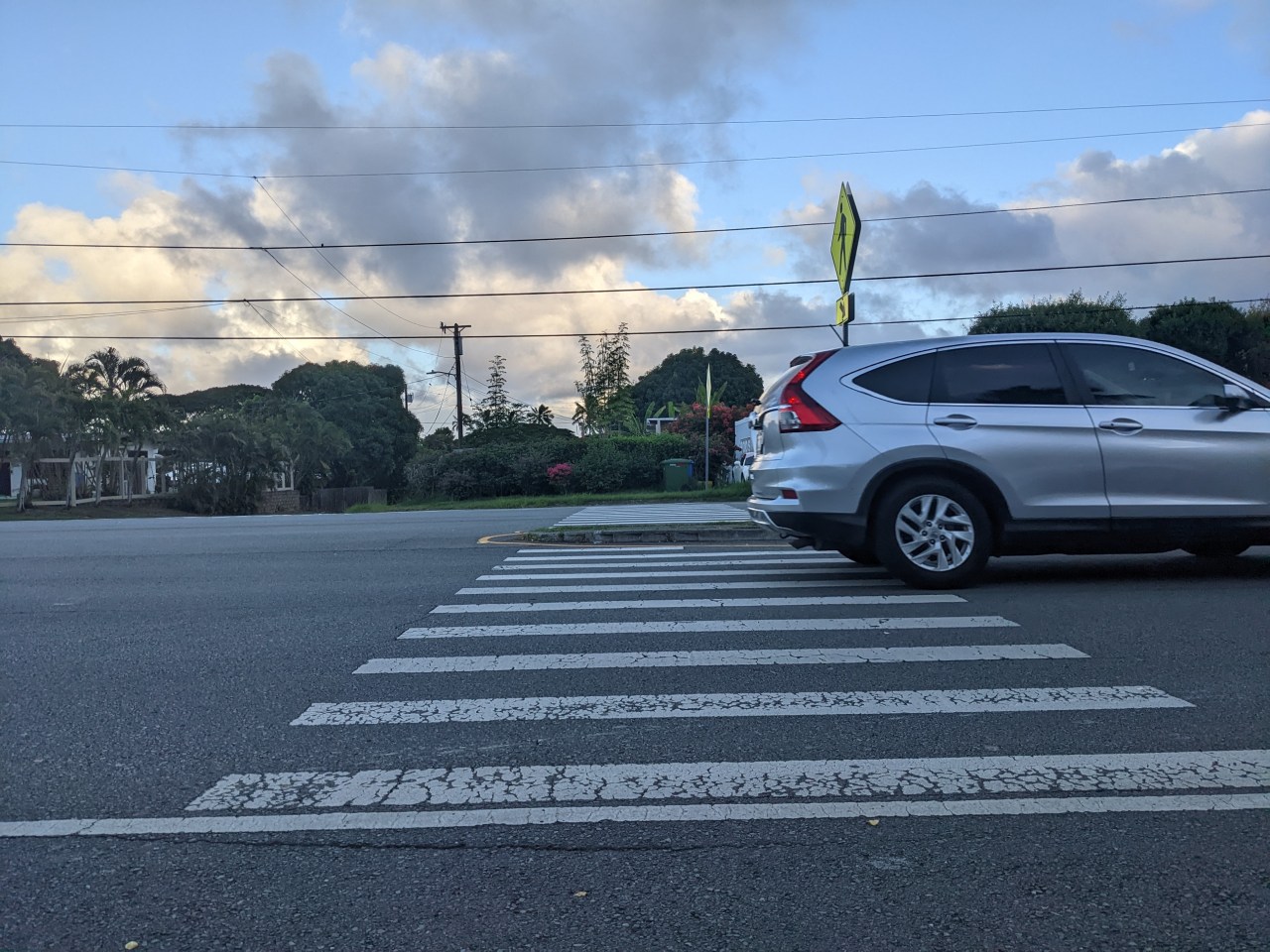 HONOLULU (KHON2) — The Hawaii Department of Transportation is set to begin work on raised crosswalks on Oahu’s Windward side starting Monday, but some in the community are feeling blindsided by the project and say they heard about the road work just days before it is set to begin.

It’s a project involving eight raised crosswalks in Kailua and Kaneohe, the HDOT Deputy Director for Highways Ed Sniffen said the bumps are needed to slow down traffic in crosswalks near schools.

Sniffen said, “Those areas were selected based on their location to school, proximity to school, on request from the community members because they are seeing speeding in areas where there’s a lot of bicycles.”

Susannah Oh teaches at the high school in Kailua and she is glad a couple of raised crosswalks will be installed on Kailua Road.

Oh said, “We are worried about the students and we want them to be safe, I didn’t even think about a raised crosswalk but I am so glad to hear.”


Group of men fired at in Kalihi, HPD reports

Although some feel the project is being steamrolled, Kailua Representative Patrick Branco said constituents were not aware of the road work until just a few days ago.

Branco said, “We’re very surprised. An announcement on Tuesday and then they are starting construction on Monday, and so this is where you can help educate about why this is needed, why the safety aspect comes in, and this is what we’re asking for in our community.”

Sniffen said the department did put out a notice on its website about the work back in February, but admits there were no additional presentations to neighborhood boards.

Sniffen said, “And we didn’t go directly into community meetings because there’s nothing that we’re doing that is going to negatively impact traffic.”

The crosswalks will be installed on top of already existing crosswalks and Sniffen said this is work that cannot be delayed for the sake of pedestrian safety.

“The whole intent for this improvement is to be now and the reason for now,” Sniffen said. “We this year already have 88 fatalities in less than nine months. We are killing nine people a month right now, so if I wait nine months without doing anything, presumably there are another nine people per month that are going to die. I can’t risk that.”

Still, some who live in areas where the raised crosswalks will be installed feel like they were not included in the decision-making.

A Kailua resident who is simply being identified by his first name Jeff said he would rather see other options for pedestrians, such as crosswalks that light up when someone is crossing the road. But he did not get the option to share those thoughts with transportation officials.

Jeff said, “Just the opportunity for community input is this something we want in our community are there better ways to do this, or is this the best that DOT can do?”

The locations for the raised crosswalks projects by the HDOT can be found here.