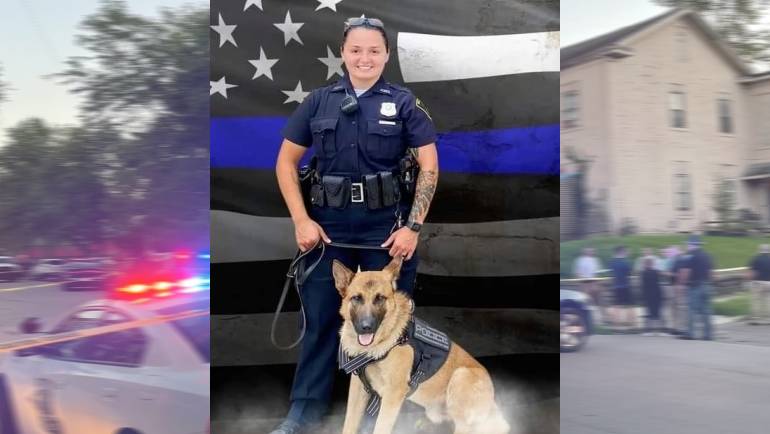 RICHMOND, Ind. — The City of Richmond has announced the route that the procession of the funeral for K-9 Officer Seara Burton will take Monday.

The procession will leave Richmond High School, traveling through the city, before finally ending at Crown Hill Cemetery, where Burton will be laid to rest.

The complete route is as follows:

The Richmond Police Depart hopes to see supporters line the route to help honor the hero and fallen officer who was hospitalized after being shot during a traffic stop in August.

She was removed from life support on Sept. 1 and transferred to hospice care on Sept. 3. Burton died at 9:59 p.m. on Sunday, September 18 more than five weeks after the shooting.

As the procession travels from Richmond to the Cemetery in Indianapolis, it will pause in front of the Richmond Police Department for the final 10-42 call. It will then continue under a Garrison Flag.

Richmond Police do remind the public to stay out of the roadways and in a safe location.

FOX59 will be at the funeral and livestream much of the services online.