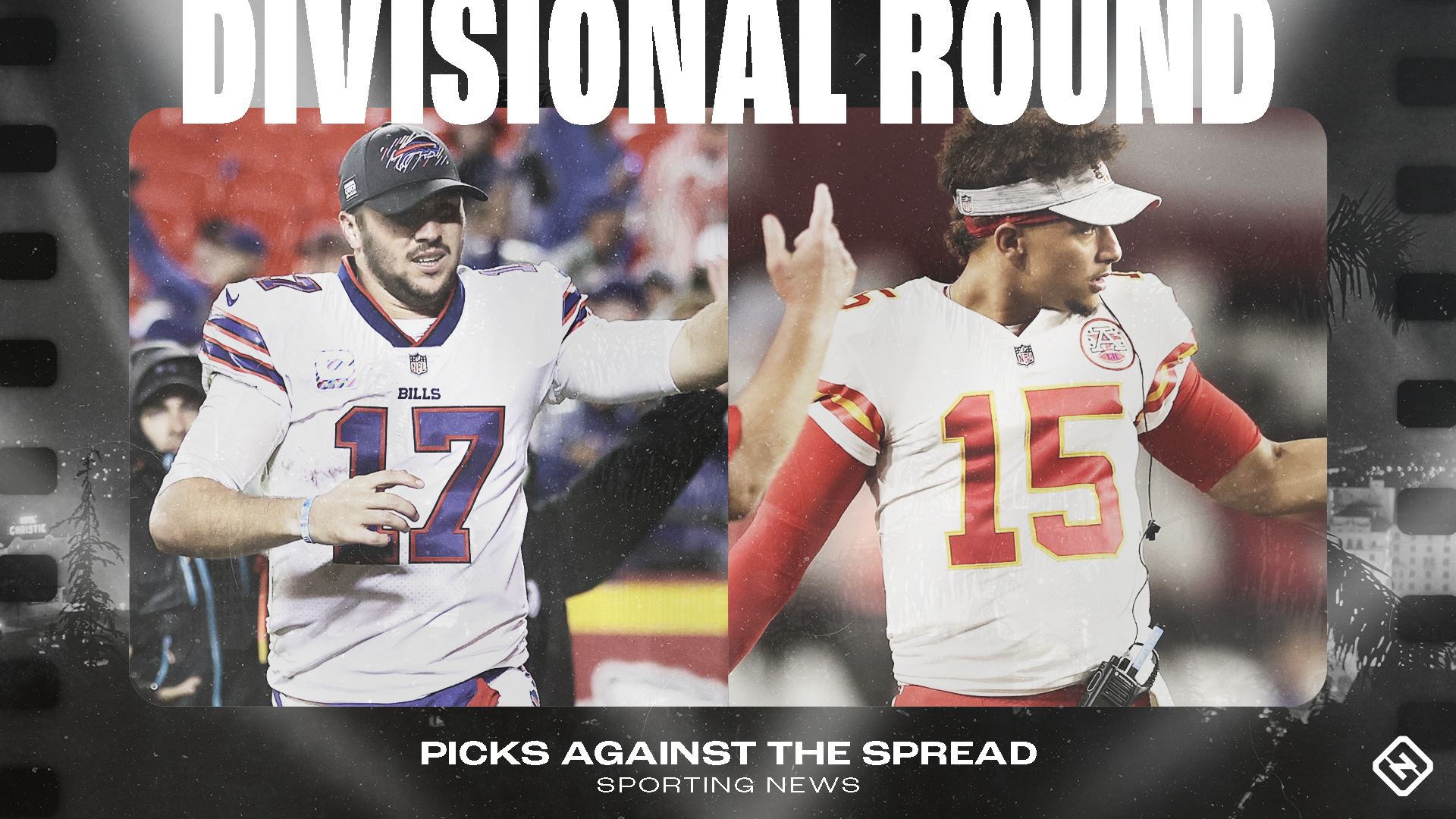 Making the right NFL picks and predictions against the spread for the playoffs is always tricky. After surviving and doing OK with the six-game slate of the wild-card weekend, it’s time to build on that to improve for the divisional round.

The AFC favorites handled their business, with the early surprise results coming in the NFC. As the stakes are raised for the games and the competition gets more compelling, there should be more exciting action packed into four matchups.

Here’s how Sporting News forecasts vs. the latest critical numbers:

The Bills won big at Kansas City 38-20 in Week 5, but they won’t really avenge their 38-24 AFC championship game loss there last year unless they win a round earlier this year. Buffalo is back to that level of relentless offensive play after Josh Allen fueled its flawless rout of New England in the wild-card game. At the same time for the Chiefs, Patrick Mahomes also has his complete groove back after ripping the Steelers for one of his signature massive passing performances.

This game will come down to patience. Allen and Mahomes had to adjust midseason with their big plays taken away and their offenses also have obliged with more effective rushing attacks. It’s all come full circle to open up the passing games with more diversity and less pressure on the QBs. The Bills have had the better defense all year, but the Chiefs have clutch experience with the advantage of home hostile environment.

This feels like it will come down to which elite young gun will get the ball on the final possession in regulation. It’s a little easier to bet on Mahomes there as the one that’s been there, done that more.

The Packers were having trouble beating the 49ers for a while through the sweep during the 2019 season, including in the 2020 playoffs. They had lost six of seven. That changed when Green Bay beat injury-riddled San Francisco last season. Their matchup in September was a thriller, through Aaron Rodgers leading a game-winning field goal drive in the final minute.

Kyle Shanahan’s team matches up well with former offensive coordinator Matt LaFleur’s team. The running game and depth of personnel in the passing game have been problems. But Rodgers also should like his matchups against an overachieving secondary, especially if there’s no Nick Bosa (concussion) to provide front-four pressure.

Where the Packers will succeed is where the Cowboys failed. They won’t mind controlling the game with their own rushing attack, with the healthy 1-2 punch of Aaron Jones and A.J. Dillon. That will keep the chains moving with Rodgers and limit the chances for Jimmy Garoppolo. The Packers nearly blew leads of 17-0 early and 24-14 late in the previous meeting. They will learn from that and finish better against the 49ers to remove one big NFC championship obstacle.

The Titans are the most physical team left in the playoffs. They want to smash opponents around with their power running game, which they hope will feature a healthy Derrick Henry again. They also have a stout run defense with good tight end coverage.

The Bengals have decided they will go as far as Joe Burrow, Ja’Marr Chase and the downfieled passing game will take them. The Titans’ secondary is their weak point and they have an inconsistent pass rush. Their goal will be jumping out to a nice early lead with a mix of big plays and strong red zone drives to take the Titans out of their ideal game plan with Ryan Tannehill.

Cincinnati has momentum from the regular season and beating Las Vegas soundly gave its defense confidence too, The visitors are better positioned to use their strengths better toward victory.

The Buccaneers can’t seem to shake off key injuries to their offense, as they will hope All-Pro right tackle Tristan Wirfs (ankle) can go and running back Leonard Fournette (hamstring) can return, as they already hurting at wide receiver without Chris Godwin (knee).

They still are stuffing the run up front. They can cover better with their linebackers and defensive backs intact. They can also rush the passer and make other big plays on the ball with edge veterans Shaquil Barrett and Jason Pierre-Paul back in their 2021 playoff form.

The Rams have a lot of star power but they remain limited in their depth and versatility around Matthew Stafford and their defensive stars. Tom Brady and the Bucs are showing laser focus, tapping into a lot of what made them Super successful in last year’s run, this time with the bonus of a second “home” game. Brady is less likely to make crucial mistakes and more likely to come through in the clutch.

Stats of the Week