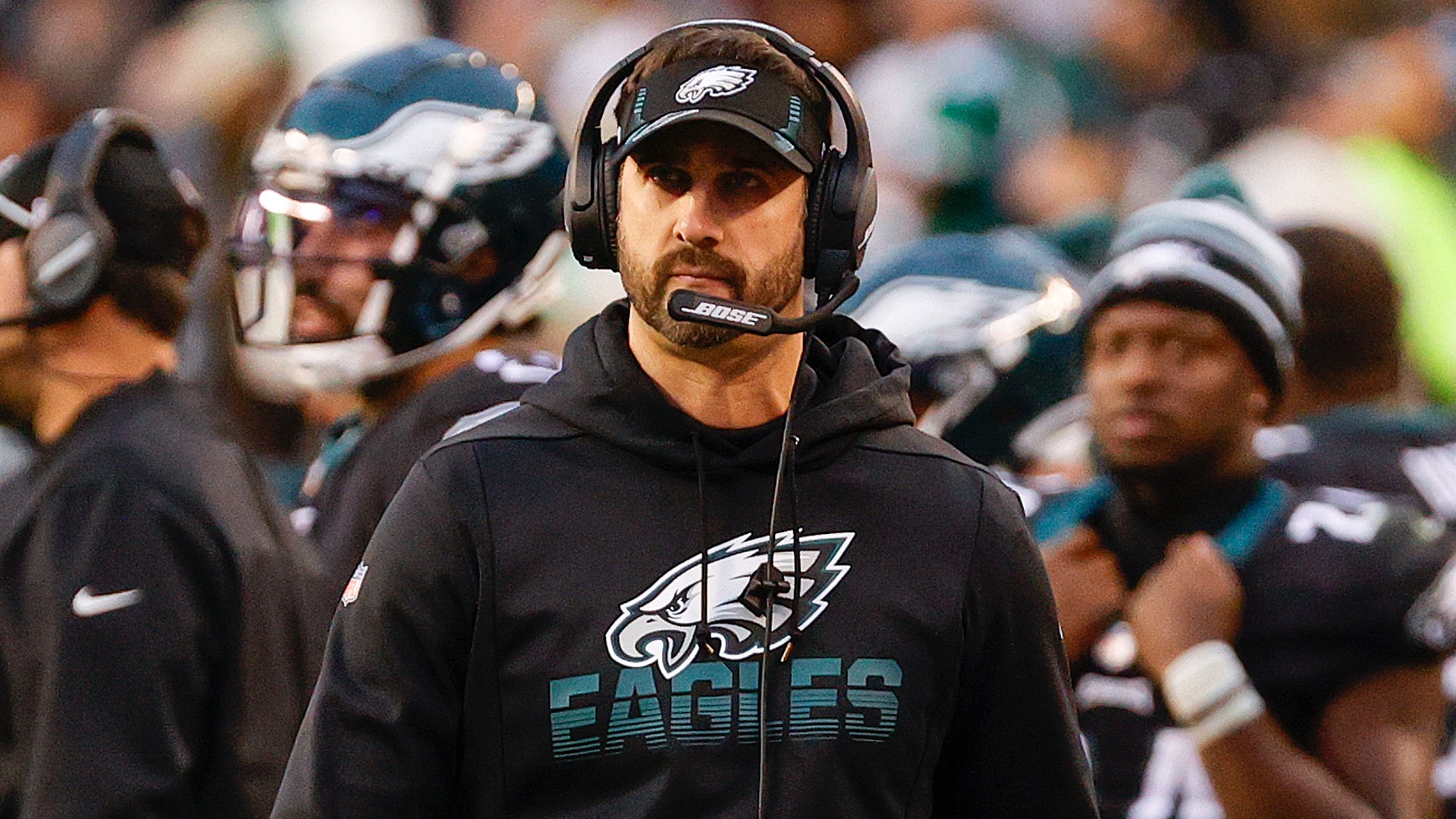 The Eagles’ somewhat miraculous 2021 season came to a screeching halt on Sunday, when they were handed a 31-15 loss by the defending Super Bowl champion Buccaneers in the wild-card round. It was a thorough beatdown by Brady and the Bucs, sending Philly careening into the offseason.

While the end is bitter, the next few months may be sweet: The Eagles are perched and sitting pretty with three first-round picks in the 2022 NFL Draft, and they could go any number of directions to solidify their seemingly playoff-ready squad.

While there will be questions surrounding Jalen Hurts and his viability as a franchise starter moving forward, the Eagles may not have to make a Hurts decision in the immediate future — if they feel comfortable that their ample draft capital will help propel them to another playoff season.

Here’s an updated look at the 2022 NFL Draft order for teams from 1-to-24 after NFL wild-card matchups.

Here’s how the 2022 NFL Draft order stands after the NFL’s wild-card games:

— The Giants currently hold the Bears’ first-round pick, which was sent as part of an in-draft trade Chicago made to select quarterback Justin Fields in 2021.

— The Dolphins currently hold the 49ers’ first-round pick as part of a predraft trade. San Francisco selected quarterback Trey Lance at No. 3 overall in 2021.

— The Jets currently hold the Seahawks’ first-round pick as part of the Jamal Adams trade in 2020.

— Pick Nos. 19 through 32 are held by teams currently in the NFL playoff picture.

Defense is the name of the game in the 2022 NFL Draft.

Highlighted by the top two pass rushers — Oregon’s Kayvon Thibodeaux and Michigan’s Aiden Hutchinson — this year’s class of defenders could prove to be foundational pieces for teams looking to bulk up on D.

After the edge group, NFL squads could salivate over secondary options: LSU cornerback Derek Stingley is a former consensus All-American — which includes earning a nod from Sporting News in 2019 — and could be a top-five pick come April. Scouts and analysts have Stingley pegged as the far-and-away best CB prospect in this year’s draft.

Joining Stingley in a solid secondary group is Notre Dame’s Kyle Hamilton, who could also make for a good bet to be to be the first DB off the board. The Fighting Irish safety was named a consensus All-American this past season, and for good reason: He notched three interceptions for one of the nation’s top defenses and a was named a Bednarik award finalist in 2021.

On the offensive side of the ball, teams looking for quarterback saviors will have options, though it remains to be seen whether or not there’s a bonafide No. 1 passer to emerge before the draft: North Carolina’s Sam Howell was the latest to declare, joining Pittsburgh’s Kenny Pickett and Ole Miss’ Matt Corral.