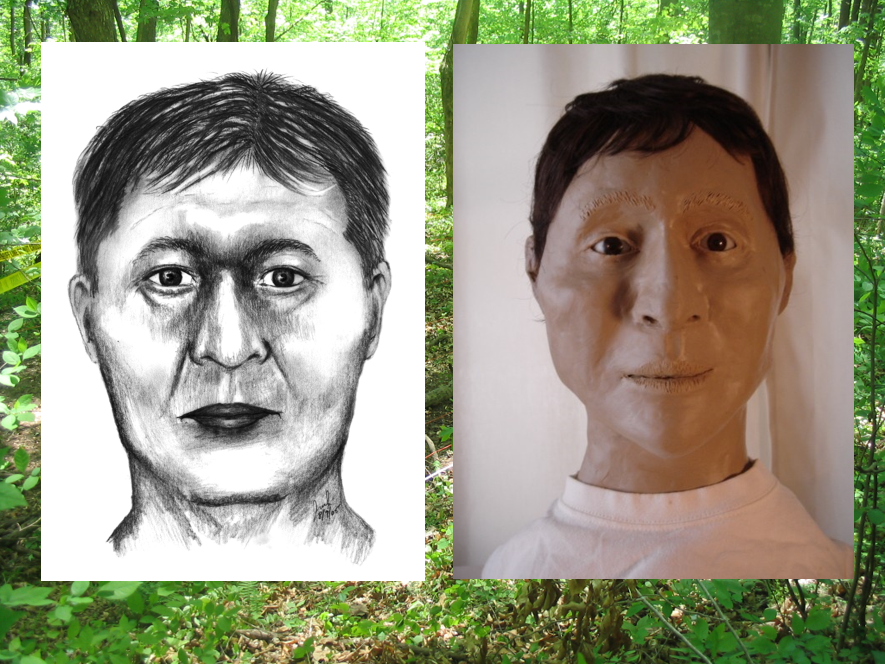 MONROE COUNTY, Ind. — It was May of 2004 when a turkey hunter found a man’s skeletal remains in a ravine while trekking through a deeply-wooded area south of Lake Lemon in Monroe County.

Investigators with the Monroe County Sheriff’s Office were called in, along with an anthropology team at the University of Indianapolis.

“Their anthropology team came out and did their work. They went through [and] pretty much dug up all the earth and collected what remains were there,” detective Alex Hahn said. “Torso and up is pretty much all there. No leg bones, and some toe bones.”

The team estimated the man’s remains had been in the woods for anywhere between 12 and 18 months. He had two bullet holes in the back of his skull and is believed to be older than 55.

Hahn said there was a plastic sheet found with the remains and believes he was transported to the woods in that. The man had a bullet in his skull when he was found, but the other was through and through. Neither that bullet or a murder weapon were found at the scene.


ISP continues to search for identity of boy found in suitcase

“There was really very little evidence on the scene at all,” Hahn said. “When I got in, I saw this case and thought, ‘Well, we have the skeletal remains. He’s unidentified. Surely there’s something we can do.’”

Hahn, who was assigned the case roughly three years ago, had heard of genealogical DNA technology and its use in solving cold cases. It was most famously used to catch the infamous “Golden State Killer” and recently helped police identify the “I-65 Killer.”

The process starts when police send a company a sample of the DNA they want to compare. They will then run it through public DNA databases to see if they can find a family member of a killer, or in this case, a victim.

“[The match] doesn’t need to be this guy’s son or his dad,” Hahn said. “I mean it could be a third cousin and we work from there.”

The sheriff’s office is still working to get the estimated $7,000 it will take to get these tests run on the DNA sample. The results could take several months.

“If I can learn this man’s identity, then I could talk to family and learn more about him,” Hahn said. “See if he had any enemies or what not.”

The victim did have an upper denture that Hahn hopes will be an identifying factor if they learn his identity.

He has exhausted all other investigative efforts, including missing persons reports, and this is somewhat of his last hope.

In the meantime, anyone with information on this case is urged to call the Monroe County Sheriff’s Office.