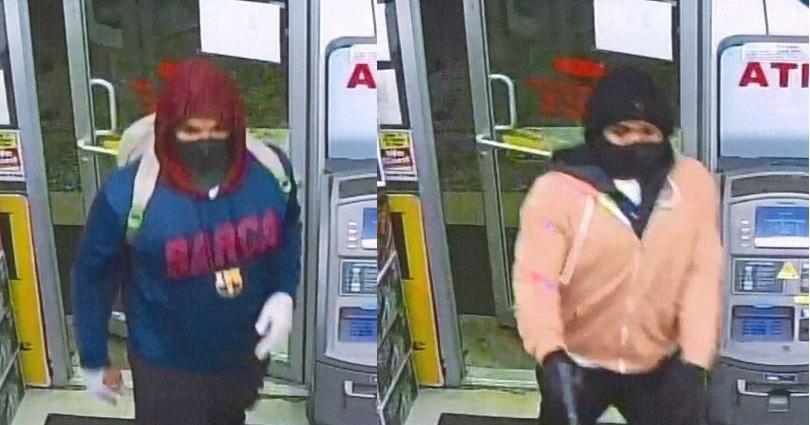 Police said the armed men entered the Kennedy Avenue store about 10 p.m., demanded money from a clerk and struck a customer in the head with a bottle. The two then fled south on foot through an alley before running east on Grand Boulevard, where they likely entered a vehicle.

Police said it is unknown whether this incident is related to Tuesday’s armed robbery at a Casey’s General Store in Dyer, where the suspects in that robbery also fled from officers.

Surveillance footage showed one of the men wearing a black backpack and a blue sweatshirt with a maroon hood, which had a Barcelona soccer team logo and the word “BARCA” on it. The second man wore a light tan or salmon jacket.

Police said they are attempting to gather more footage from the surrounding businesses and asking the neighboring public to also check their video systems between 9:45 and 10 p.m. for any suspicious activity.

Anyone with information is asked to call the Highland Police Department’s Investigations Divisions at 219-383-3184.