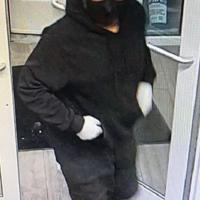 Masked men described as black, in their 20s to early 30s and with an average height and build are being sought by police in connection with a St. John robbery.

The masked men both are described as African Americans in their 20s to early 30s, with an average height and build. The attendant told police one of them had a deep voice.

An attendant told  officers the men — who also wore gloves — entered the Parrish Avenue gas station after midnight and brandished a semi-automatic handgun.

Police said the pair then forced the employee into a back room before taking the registers, which contained an undisclosed amount of money, and fleeing in an unknown direction.

The attendant wasn’t harmed, officers said. No one else is believed to have been in the store during the alleged robbery.

The masked suspects both are described as black men in their 20s to early 30s, with an average height and build. The attendant told police one of them has a deep voice.

Anyone with information is asked to call Detective Cmdr. Steve Flores at 219-365-6032 or email him at sflores@stjohnin.com.