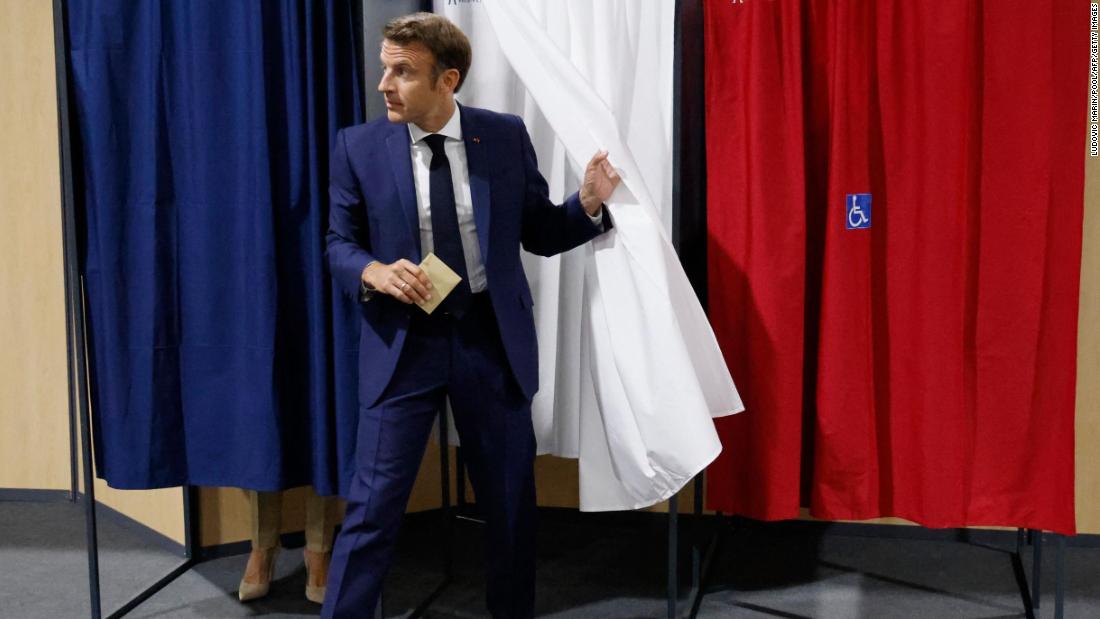 Asked by Tapper if he’s worried about American democracy, Macron replied, “I worry about all of us.”

“I hate lecturing people and saying, ‘I’m worried for you.’ … But I do believe that what is at stake is what we built in the 18th century,” Macron said an interview.

The French leader warned of a global crisis of Western “liberal democracies” when asked by Tapper about the trend in nationalism, populism and racism spreading in Europe and the US.

“I think we have [a] big crisis of democracies, of what I would call liberal democracies. Let’s be clear about that. Why? First, because being open societies and being open and very cooperative democracies put pressure on your people. It could destabilize them,” Macron said.

“And this is why we always have to articulate the respect of people’s willingness, middle class references, and all the progress made by our democracies welcoming different cultures, being open and cooperative. This is a matter of balance,” he continued.

“It’s clear that during the past few years we’ve had an increasing pressure on our societies and we are at the point where, in our different countries, there is what I would call a crisis of middle classes.”

Macron also said that social media is playing a “very important role for what is at stake in our democracy” — “for the best and the worst.” He said social platforms have been a driver of “fake news” and “new relativism,” which he called “a killer for all democracies, because it’s completely breaking the relationship to truth, and to science, and the basis of our own democracy.”

Macron’s comments echo President Joe Biden’s broad effort to frame the global competition of the 21st century as one defined by democracies versus autocracies. Such warnings have taken on new weight in recent months as fears of a global recession loom and threats to democracy fester alongside Russia’s unprovoked war in Ukraine.

On Wednesday, Russian President Vladimir Putin announced the immediate “partial mobilization” of Russian citizens, a move that threatens to escalate his faltering invasion of Ukraine following a string of defeats that caused recriminations in Moscow.

Putin said in a speech that he would use “all the means at our disposal,” and even raised the specter of nuclear weapons, if he deemed the “territorial integrity” of Russia to be jeopardized.

The mobilization means citizens who are in the reserve could be called up, and those with military experience would be subject to conscription, Putin said, adding that the necessary decree had already been signed and took effect on Wednesday.

Macron called the decision a “mistake” and a missed opportunity to “go to a way towards peace.”

“And I have no rational explanation,” he added, calling the invasion the “strategy of Germany intervention” and a “post-Covid-19 consequence” because of Putin’s isolation during the pandemic.

Macron won reelection in April with a pitch to voters of a globalized, economically liberal France at the head of a muscular European Union.

But the performance of his far-right opponent, Marine Le Pen, served as the latest indication that the French public is turning to extremist politicians to voice their dissatisfaction with the status quo.