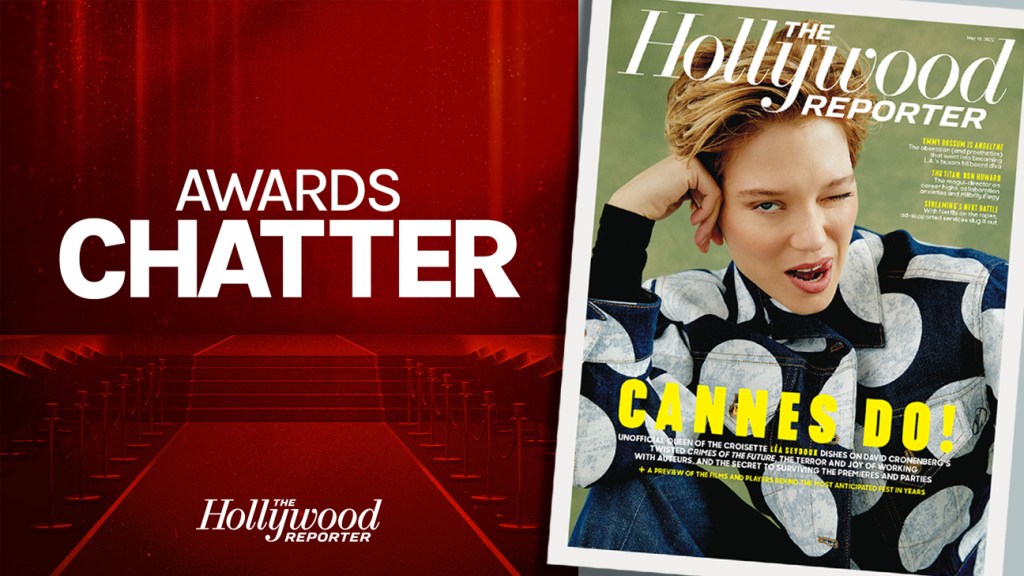 If you are attending the Cannes Film Festival as an accredited badge holder, then you are cordially invited to a special event — presented by The Hollywood Reporter and SAG-AFTRA — at the Palais’ Campari Lounge on Sunday morning: a live recording of THR’s Awards Chatter podcast, followed by a cocktail reception, with the distinguished French actress Lea Seydoux.

There is limited space at this event. Anyone wishing to attend must RSVP via this link by 11am on May 21. Arrival instructions will then be provided.

At the gathering, Seydoux — who appears on this week’s THR cover and stars in two films screening at this year’s fest, David Cronenberg’s Crimes of the Future and Mia Hansen-Løve’s One Fine Morning — will sit down for an hour to discuss her life and career.

The 36-year-old’s prior films range from the best picture Oscar nominees Inglourious Basterds (2010) and Midnight in Paris (2011) to the 2013 Cannes Film Festival’s Palme d’Or winner Blue Is the Warmest Color (she and her costar became the first performers ever to share that high honor with their director) to the James Bond films Spectre (2015) and No Time to Die (2021), with dozens in-between.

The Awards Chatter podcast has featured nearly 500 notable guests since its debut in 2015, including Meryl Streep, Steven Spielberg, Sophia Loren, Robert De Niro, Barbra Streisand, George Clooney and Oprah Winfrey. But only a handful of episodes have been recorded in front of audiences: Al Pacino at the DGA in Hollywood, Richard Linklater at SXSW and Denis Villeneuve, Halle Berry, Asghar Farhadi, Dakota Johnson, David Chase, Harvey Keitel, Courteney Cox and the cast of Squid Game at Chapman University.

This is a rare opportunity to learn from the “queen of Cannes” on her home turf. RSVP information below.