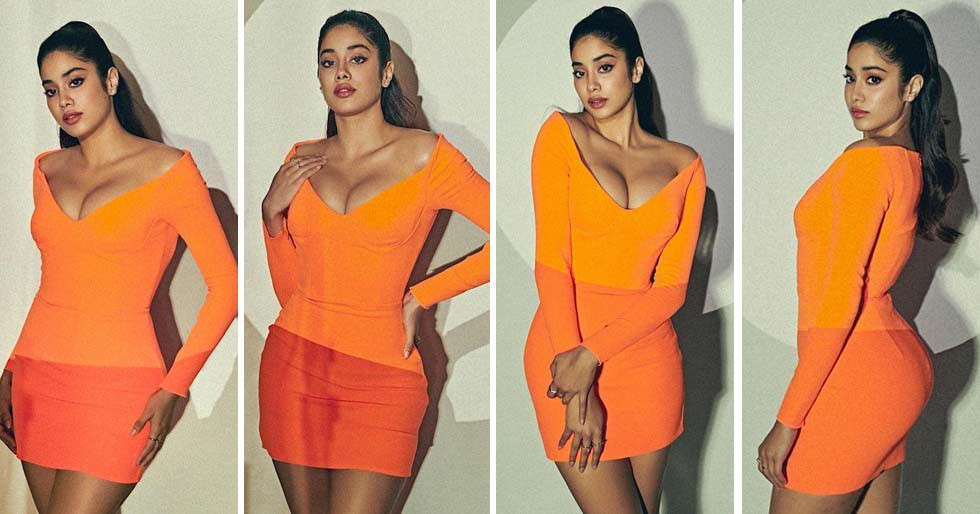 On Wednesday, actress Janhvi Kapoor took to her Instagram account to post some smoking hot images from her most recent indoor photoshoot, and it had her fans amazed. She was dressed in an orange bodycon dress and had tied her hair in a ponytail to add that extra jazz. The fresh photos showed her in a beautiful golden light and she looked beautiful as ever.

The caption for Janhvi’s photos said, “Vitamin C ya laterrrr.” and among all the comments were Masaba Gupta and Jhanvi’s aunt Maheep Kapoor who could not miss this chance to hype the actress up! Both of them added some fire emojis in the comments.

On the work front, Janhvi Kapoor is going to be seen next in Mr. and Mrs. Mahi against Rajkummar Rao. She’ll also be seen in Mili opposite Sunny Kaushal, which will be her first project with father Boney Kapoor who is the movie’s producer. Additionally, Janhvi and Varun Dhawan have the April 2023 release Bawaal as well. Check out Jhanvi’s photoshoot pictures below: