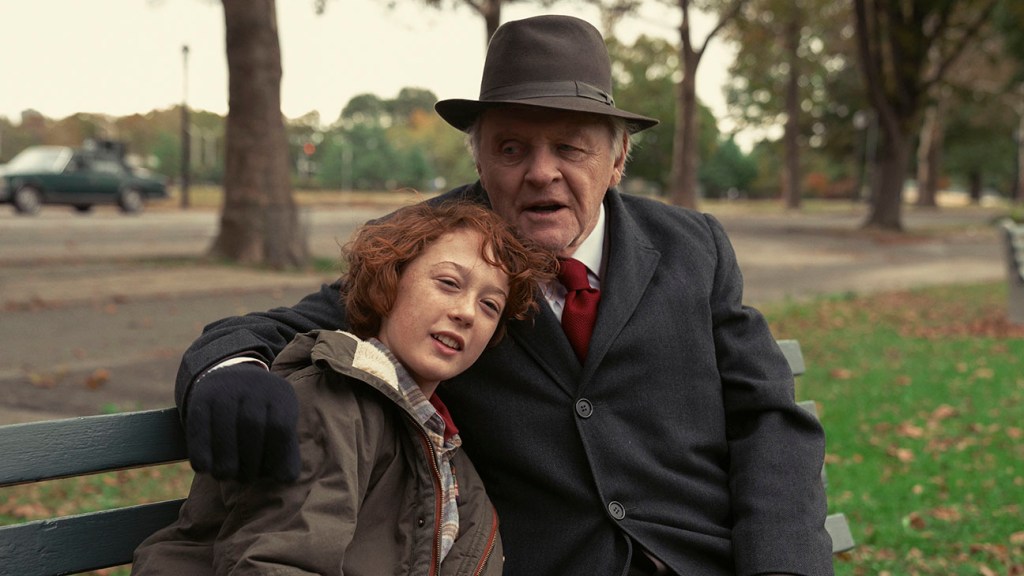 Just a few months after Kenneth Branagh’s Belfast claimed the best original screenplay Oscar and nearly became — one can reasonably assume — the first Focus Features film ever to win the best picture Oscar, the art house distributor showed up on the Croisette with another filmmaker’s look back at his own childhood, which it hopes will generate a few Oscar nominations of its own: Armageddon Time, which had its world premiere at the Palais on Thursday night.

Armageddon Time, American filmmaker James Gray’s fifth film to play Cannes, was warmly received in the room. (Only in Cannes is a four-minute standing ovation not a sign of a total triumph.) After the applause died down, an emotional Gray acknowledged that he only locked the film days ago — something that didn’t come as a total surprise to me, as the film is distinguished far more by its performances than by its pacing or overall point.

The primary difference between Armageddon Time and other coming-of-age autobiographical films like Belfast, Alfonso Cuaron’s Roma (2018) and John Boorman’s Hope and Glory (1987) is that, in those other films, a child experiences traumatic events which markedly change who he is; in this case, the stakes are simply not as high and the film concludes in a way that somewhat frustratingly suggests the child did not learn much at all. (Plus the plot meanders; did we really need a side story involving Donald Trump’s father and sister?)

Basically, the film tells the story of Paul Graff (Michael Banks Repeta), a sixth grader in the 1980s who hails from a Jewish family, some members of which were lost to or threatened by the Nazis, he is told, which is why he is urged by his beloved maternal grandfather (two-time Oscar winner Anthony Hopkins) to be a “mensch” and look out for other oppressed minorities. Paul possesses an artistic inclination which is encouraged by his grandfather but looked at askance by his parents (Jeremy Strong and Anne Hathaway), older brother, teachers and peers — they regard him as “slow,” even though he probably just has undiagnosed ADHD — save for his one Black friend (Jaylin Webb), who is similarly free-spirited. But as he and his friend rebel against conformity, separately and together, the disparity of their privilege and prospects becomes ever more apparent.

All of the actors in the impressive ensemble more than pull their weight, especially, to my mind, Hopkins, who is deeply endearing as Paul’s grandfather, and Strong, who eerily channels Gray’s voice and mannerisms to play Paul’s father. I can see a world in which their performances generate some best supporting actor buzz. But, fairly or not, Gray’s films tend to be much more appreciated by the French than by the Academy. He personally has never been nominated for an Oscar, and neither has anyone else associated with his seven prior films, save for the sound mixers of Ad Astra (2019). We’ll have to see what the rest of the year brings, in terms of contenders, but my sense is that is unlikely to change with Armageddon Time, for which Focus has yet to announce a U.S. release date.