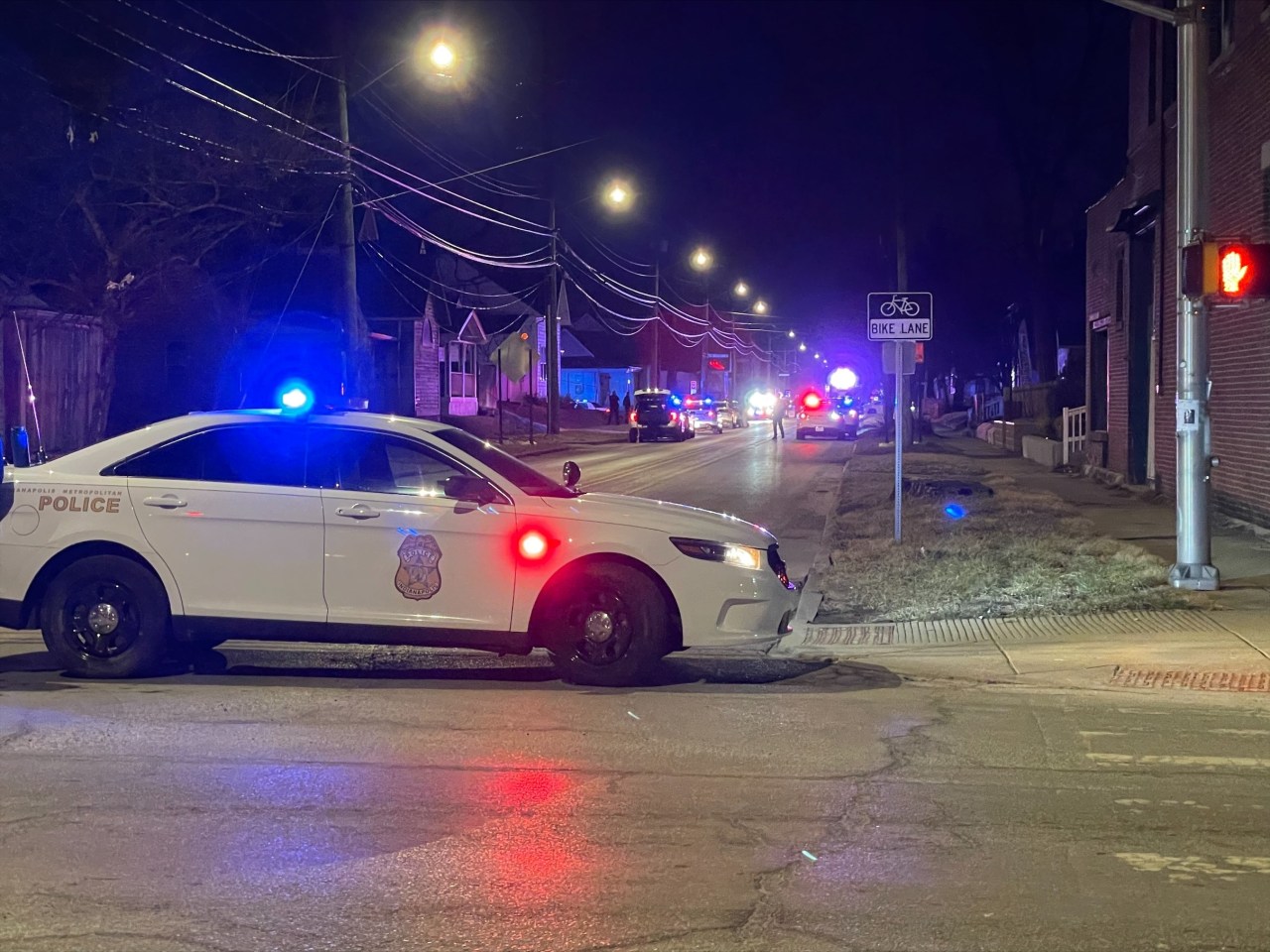 INDIANAPOLIS — An IMPD officer was shot and wounded late Sunday night in the Fountain Square area after responding to an accident in the 1600 block Lexington Avenue.

Just after 10 pm, IMPD Southeast District officers started in route to the crash. Dispatch gave them additional information about a male in a red jacket exposing himself, and a male in a red car acting strange and appearing intoxicated. The car was last seen southbound on State Street.

Officers arrived and found a red car and a man wearing a red jacket. When both officers exited the vehicle, police say the suspect took off. The officers told the man to stop. That’s when IMPD says there was an exchange of gunfire between at least one officer and the suspect.

One officer was shot and immediately transported to Eskenazi Hospital. IMPD says the officer is listed serious but stable condition at the hospital. That officer is a one-year officer who is in field training.

The suspect was located after the shooting. Police say he was suffering from a gunshot wound. A swat team gave medical treatment on the scene, then the suspect was taken to the hospital, where he is in critical condition. No one else was hurt in the incident.

IMPD says multiple officers were wearing body cameras. The officer who shot their weapon is on administrative leave, as is protocol.

Support from the community

Indianapolis Mayor Joe Hogsett sent this early-morning reaction to the shooting saying “In the face of danger, the officers of @impdnews put their lives on the line to keep our community safe. Tonight we bear witness to that selfless action.”

Assistant Chief Bailey tweeted out “Thankful our @IMPDnews Officer is in stable condition tonight at Eskenazi Hospital after being shot. We are blessed to have brave men and women who willingly put themselves in harms way on our behalf. It’s a honor to wear the same badge.”

Fraternal Order of Police’s Rick Snyder also tweeted, “We have again been reminded of the dangers our IMPD Officers face every day while they stand the line for our community. We ask all residents to join our Indianapolis FOP in praying for this Officer, his family and fellow officers. #Prayers #ThinBlueLine“

Greenfield police said “We send our thoughts and prayers to the Officer for healing. We stand with you #EnoughIsEnough.”

IMPD asked anyone who has doorbell cameras or saw something to come forward with information by calling 911, Crime Stoppers or IMPD detectives.