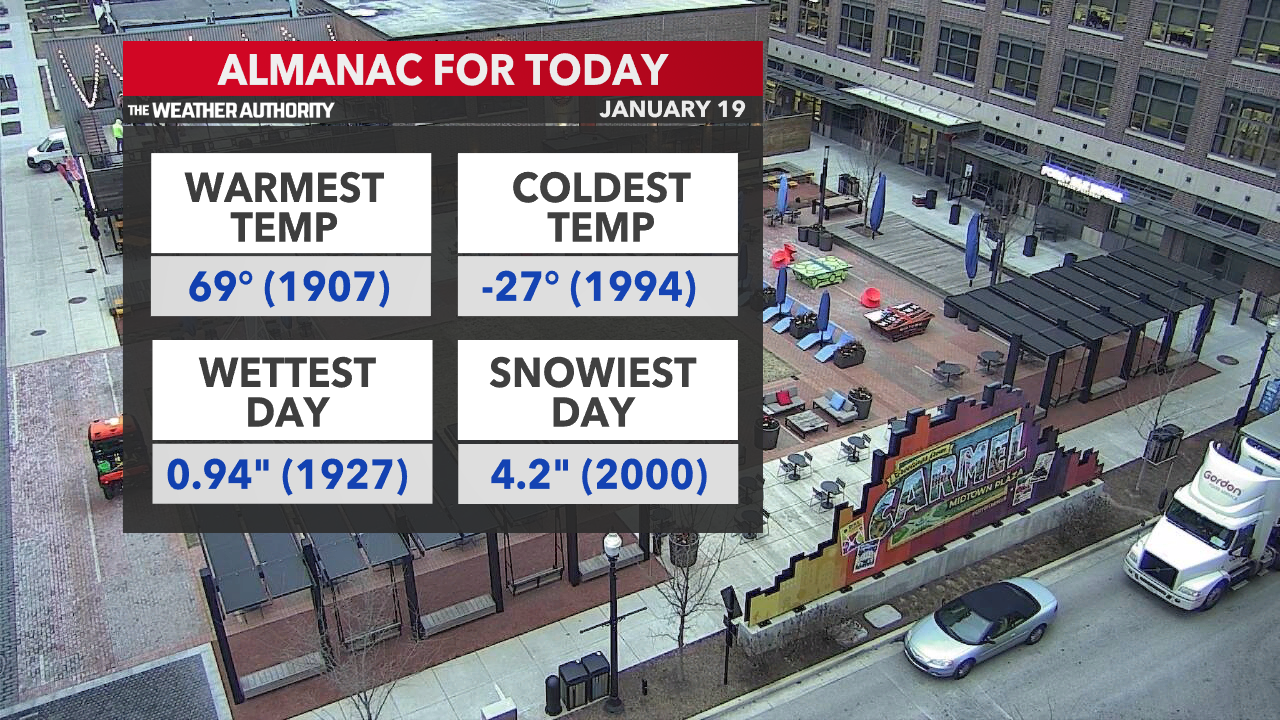 INDIANAPOLIS – In 1994, which was a cold January in general, the Indianapolis Airport recorded a low temperature of -27°. This is the all-time low temperature in recorded history at the airport.

Why did temperatures drop that low?

From January 16-18, 1994, several systems dropped several inches of snow. With the snow depth of 6 inches on the morning of the 19th, a large area of arctic air also came down from our north. With all of this plus light winds, temperatures tumbled across central Indiana.