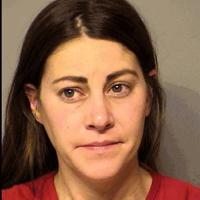 PORTAGE — A 37-year-old woman was taken into custody late Wednesday afternoon after refusing to take part in a drunken driving evaluation and telling an officer, “I would much rather do a U-turn and head home instead,” police said.

Nicole Zaradich, of Portage, faces two misdemeanor counts of operating a vehicle while intoxicated, including one as a result of refusing to cooperate with police, according to Portage police.

An officer said he pulled Zaradich’s vehicle over about 4 p.m. after watching it ignore a stop sign while traveling westbound on Boulder Avenue at Hickory Street.

Police said the driver smelled of alcohol, had slurred speech and was slow to react. She admitted to consuming alcohol and when asked how much, Zaradich said, “Too much,” police said.

Zaradich refused to take part in drunken driving tests at the scene and later when taken to the police station, according to the report.

“Ms. Zaradich asked if I could just let her go home and she was advised no,” police said.