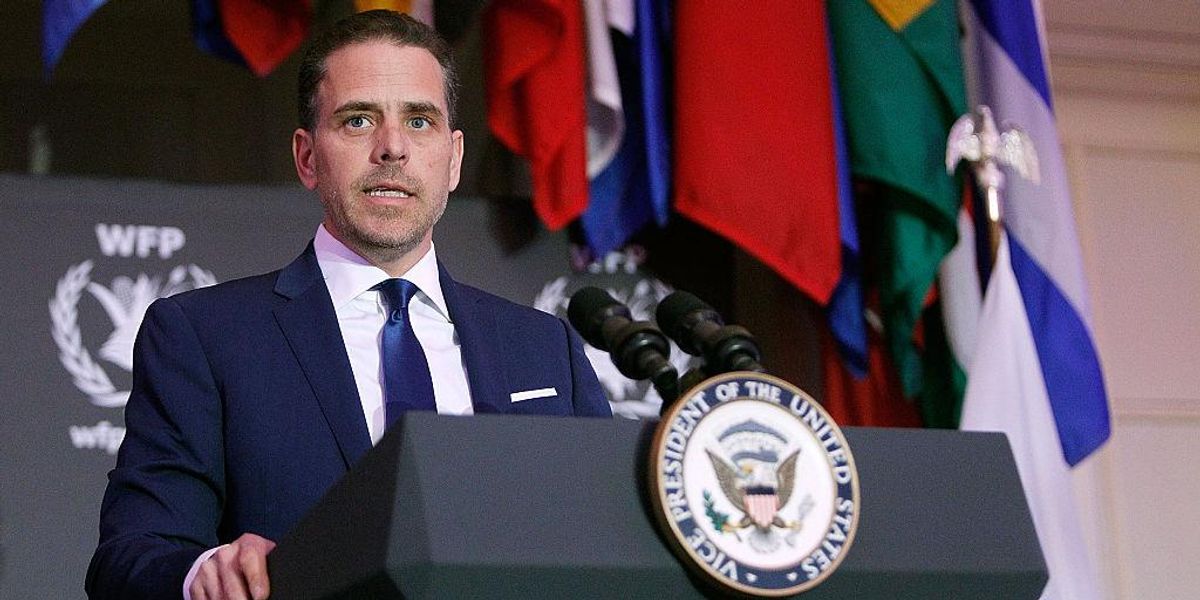 The nephew of infamous mobster James “Whitey” Bulger played a pivotal role in Chinese business ventures with Hunter Biden, according to emails.

Jim Bulger – the nephew of the organized crime boss – was the chairman and co-founder of Boston-based Thornton Group LLC. Bulger’s advisory firm worked with the Rosemont Seneca investment firm on Chinese business dealings. The firm was founded by Biden, Christopher Heinz, and Devon Archer.

Besides being Whitey Bulger’s nephew, Jim Bulger is the son of William “Billy” Bulger – who served as president of the Massachusetts State Senate for eight years. Billy Bulger was a political ally of John Kerry when he served in the Senate. Kerry’s stepson is Devon Archer.

“In 2013, Thornton Group teamed up with Rosemont Seneca to launch a joint venture with Chinese investment firm Bohai Capital to form BHR Partners, which is controlled by the Bank of China Limited,” the New York Post reported.

The Thornton Group and the Rosemont Seneca allegedly worked together on a “fund” that required a meeting with a Chinese ambassador. The email reportedly wanted members from both firms to “meet with the Chinese ambassador in DC to talk about the fund.” Hunter’s father – Joe Biden – was the vice president of the United States at the time.

An email dated Jan. 27, 2014, was forwarded from Bulger’s Thornton Group associate Mike Leonard to Biden and Archer. The email – which had the subject line “Meeting with Chinese Ambassador” – stated: “Please read the document Lenny sent me today, you will find it below.”

“A US Embassy staffer met with the former CEO of the Bahai Fund in 2008 and wrote up a report on the meeting,” Bulger allegedly wrote to Biden and Archer. “Pretty interesting that someone at the Embassy in Beijing would be interested in what the domestic Bohai PE Fund was up to.”

“Thought you guys should see this. I still believe a meeting early next week with the Ambassador if possible would be best, hope this as not cause to [sic] much of an a** ache,” Bulger said, according to the emails that were reviewed by Fox News and the New York Post.

Archer purportedly responded hours later to say that he was “providing notes to the Embassy” on the purpose of the meeting and to confirm if the timing was “possible.”

It was unclear if the meeting ever happened.

In May 2014, Bulger reportedly emailed Biden to update him on the progress of the partnership.

“Gentlemen, during the weekly BHR call last night Lindsay informed the whole China team excluding Jonathan about the message you both conveyed during the morning call with Lindsay,” Bulger purportedly wrote. “She was very clear to all on the phone that he signing of an investment contract with Gouxin or BOC or PICC is task number 1.”

The Post speculates, “Bulger’s reference to BOC is likely the Bank of China, while PICC appears to be the People’s Insurance Company of China.”

Bulger stressed that there was a “need for a contracted Chinese anchor investor,” according to the email.

Archer reportedly responded, “Great update Jimmy. Thank you! Have a great weekend and see you in the office Tuesday.”

Previously, Archer served alongside Biden on the board of Burisma Holdings, a Ukrainian energy company.

In February, Archer was sentenced to over a year in prison for scheming to defraud a Native American tribe of $60 million in bonds.

In 2010, Hunter Biden visited China as a Rosemont Seneca rep and was able to meet with “top officials of influential state-linked enterprises including the Postal Savings Bank, China Investment Corp., and Founder Group,” according to the New York Post. Biden was joined by Bulger. Joe Biden was in the second year of being the vice president.

John Owens, President Biden’s brother-in-law, reportedly emailed Hunter in May 2014 to get assistance in obtaining a business license to expand his telemedicine company into China. The company, MediGuide, reached a “serious stage” in negotiations with a Chinese insurance company, but Owens told Hunter that he won’t be able to “seal this deal” until he gets a “Chinese Business License,” according to emails. Owens allegedly stressed that the license needed to be “secured very quickly.”

Within an hour of receiving the email, Biden forwarded Owens’ email to Bulger and Michael Lin – a Taiwanese-American businessman who was reportedly involved in a group that spreads Chinese Communist Party (CCP) propaganda.

Hunter wrote, “See email below. It’s from my Uncle Jack. Is there a way we can help him expedite this? Time is of the essence here.”

Fox News reported, “Bulger responded the next morning and said he would discuss with Lin how they can ‘help.’ Three days later, Bulger sent an email to Hunter saying, ‘Me and Michael had a call with Jack this morning I think we have a solution for hi[s] China problem.'”

It is not clear if Bulger and Lin were able to get the license for Owens. However, MediGuide’s website states that it “has come to an agreement with AnyHealth Shanghai,” which “will be legally representing MediGuide International LLC in China.”