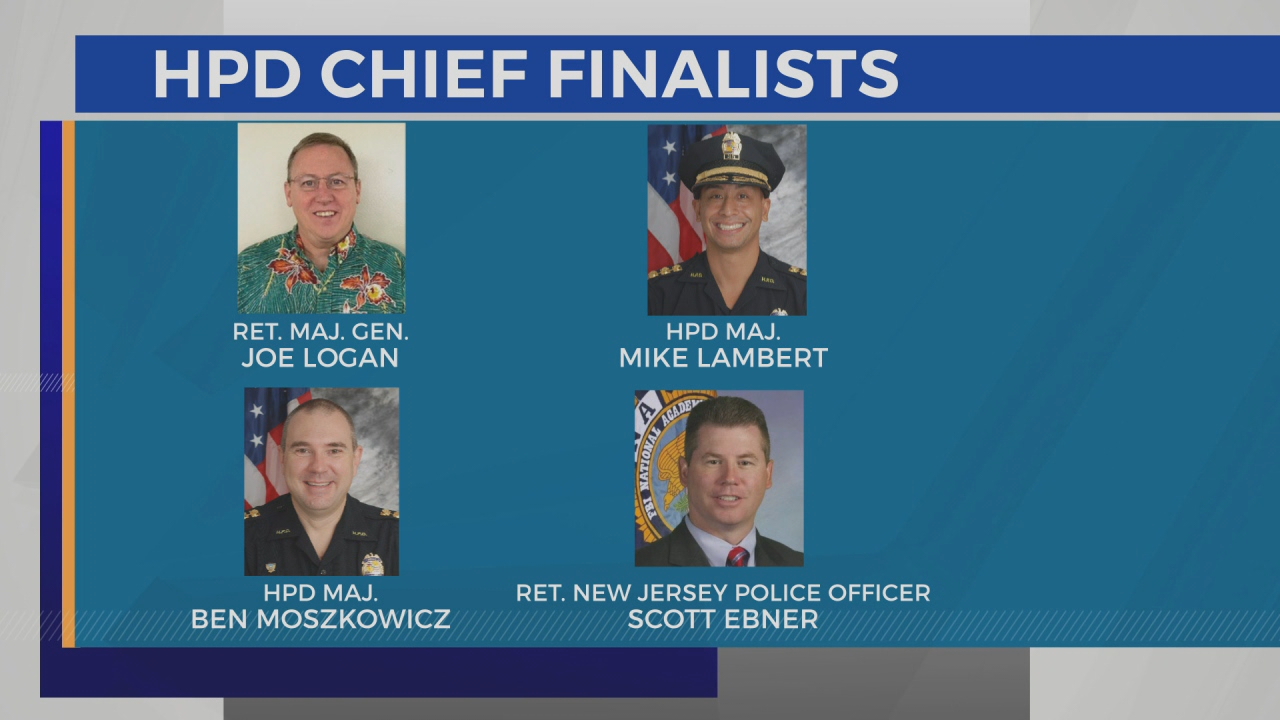 HONOLULU (KHON2) — The four finalists in the search for a new Honolulu Police Department (HPD) chief will have their say tonight in a live televised forum. It’s the final stages in what will be an open process in choosing who will lead the department.

“How often in the past does anybody hear from candidates for this position? Here’s an opportunity that’s unprecedented, and we’re happy to be a part of that,” said Chuck Parker, Vice-President of Content at PBS Hawaii.

Parker said he expects a lot of questions to be submitted, and the idea is to get to as many of them as possible. It won’t be a debate, but the candidates will be allowed to interact with each other, as long as they don’t get too long winded.

“We will impress upon them early on before the show starts. We want to hear from you, but get to the point,” said Parker.

Former Commission chair Loretta Sheehan applauds the Commission’s efforts in being transparent in the selection process and calls it a great opportunity for the public.

The group Common Cause Hawaii says it supports more transparency in the process. In a statement the director says, “The public must be able to see into the selection process in order to ensure and hold accountable that any person selected by the Police Commission will understand the job at hand.”

A new HPD Chief could be selected on Monday.