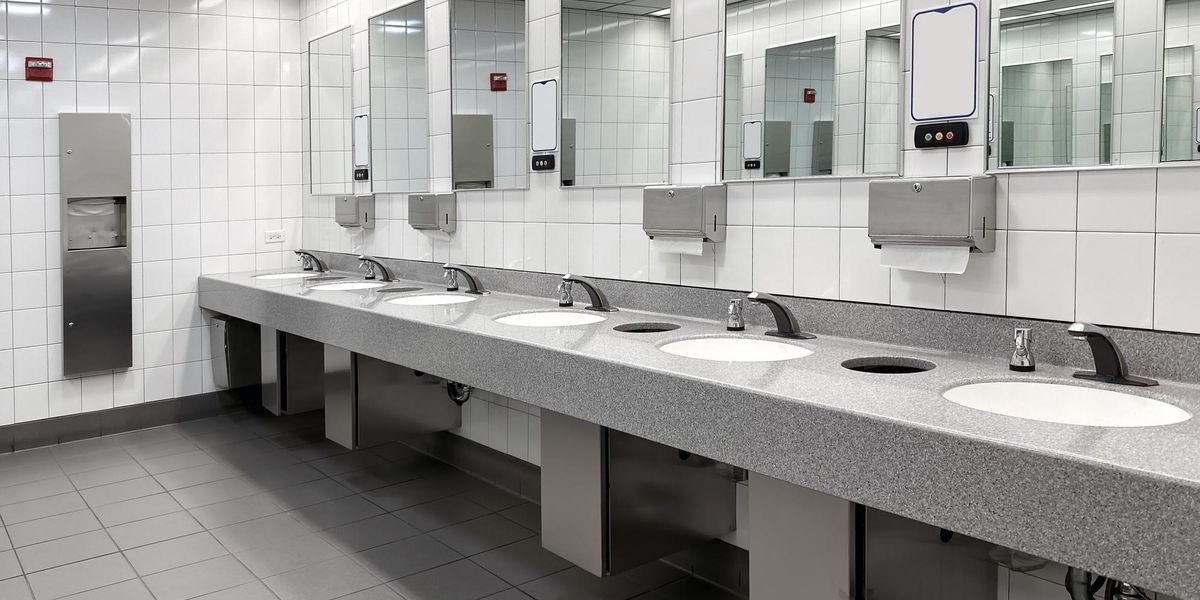 You’ve got to love the federal courts. According to their asymmetric thinking, you can be drummed out of society and denied education at Indiana University for not injecting a dangerous substance into your body. At the same time, you must be allowed to use the other gender’s bathroom in the school. A state doesn’t have the power to keep men and women separate in bathrooms, but they do have the power to forcibly inject something into your body.

On Monday, Judge Tanya Walton Pratt, an Obama appointee on the U.S. District Court for the Southern District of Indiana, denied a motion from the Metropolitan School District of Martinsville to allow separate bathrooms for those who are biologically male and female. At issue was a female student who believes she is a male and wants to be granted access to the male bathrooms and male sports teams and be referred to in school as a male. Last month, Pratt demanded that the 13-year-old “transgender” student be allowed to use the boys’ bathroom at John R. Wooden Middle School, and this week she denied the motion to stay the injunction

At the time, the court ruled that keeping separate bathrooms violates Title IX of the Education Amendments Act of 1972 and the Equal Protection Clause of the 14th Amendment to the United States Constitution written in 1867 because, you know, equal life, liberty, and property for freed black slaves somehow translates into women being able to demand that the state treat them like men.

“The overwhelming majority of federal courts — including the Court of Appeals for the Seventh Circuit — have recently examined transgender education-discrimination claims under Title IX and concluded that preventing a transgender student from using a school restroom consistent with the student’s gender identity violates Title IX. This Court concurs,” Pratt wrote in her ruling.

The courts have flipped fundamental rights upside down and contorted state powers beyond belief. Just last year, a federal judge in Indiana, with the Seventh Circuit concurring, ruled that Indiana University can expel students for not getting an experimental jab, even though it is a public university. Like most courts over the past two years, the judge applied the eugenics-era Jacobson decision to assert that a state can demand that you undergo a medical procedure or take a medical product into or against your body or risk losing your job and education and being shunned from public accommodations.

Thus, a state is so powerful that it can actively force a medical product on your body. Throughout the country, judges have applied Jacobson to suggest that a school or state government can criminalize your breathing unless you actively place a medical device on your nose or mouth. In fact, some courts, at the behest of the ACLU, mandated masks on students in places like Virginia and Knox County, Tennessee. As such, you have the right to forcibly mask someone else, you have the right to jab them, but you can’t merely maintain male and female bathrooms the way they have been since the dawn of time.

Even if one believes a fundamental right could sometimes encompass a “right to” a procedure or a specific accommodation, it is most certainly clear that “freedom from” governmental action against your body is much more a fundamental right. To recognize the former but not the latter – the right to have one’s body left alone – is an exercise in moral and intellectual bankruptcy.

Also, the right to breathe unencumbered is the epitome of a right “deeply rooted in history and tradition,” the standard set forth in the Glucksberg case to define an unenumerated right. Using the other gender’s bathroom is the antithesis of a practice deeply rooted in history and tradition. Yet the same ACLU that sued in the Indiana case for the right to use the other gender’s bathroom has sued red-state governors throughout the country to ensure that you can’t go to school without a muzzle on your face.

Meanwhile, a Trump-appointed federal judge in Alabama has just created a right to chemical castration. In asserting parents “have a fundamental right to direct the medical care of their children,” Judge Liles Burke enjoined the provision of a recent Alabama law making it a felony to perform chemical castration on minors. “This right includes the more specific right to treat their children with transitioning medications subject to medically accepted standards,” he said. “The Act infringes on that right and, as such, is subject to strict scrutiny. At this stage of litigation, the Act falls short of that standard because it is not narrowly tailored to achieve a compelling government interest.”

So again, these same judges apply Jacobson to note that a state can force vaccines and masks on your children – so much for parental rights to direct medical care – but at the same time a state can’t stop a barbaric practice of mutilation. This also comes at a time when hospitals throughout the country denied dying people the right to try a safe, Nobel Prize-winning drug when there were no options – often with their own doctors and money. Yet they cannot “deny” to you the “right” to castration.

One might think these twin transgender rulings in Indiana and Alabama will easily be reversed on appeal, but Justice Gorsuch has already codified transgenderism into Title VII of the Civil Rights Act in the Bostock case. Moreover, the Supreme Court has failed to take up the appeal of several similar cases in recent years. Thus, we cannot count on the Supreme Court to get this right.

Last week, I made the case that rather than defending the prominence of the Supreme Court, we should ride the momentum of the Democrats who are seeking to delegitimize the court. Not that we don’t believe in the proper role of the judiciary, but if they are concerned about the effects of judicial supremacism, then we should cut a grand bargain and get the federal courts out of the broadly political and social issues and devolve those issues to the state legislatures and the respective state supreme courts. The left fears a coming era of a permanent conservative Supreme Court, and too many conservatives are anticipating with glee such an outcome. In reality, we will likely pay for the impending Dobbs ruling on abortion with the non-Thomas/Alito justices taking turns betraying us on other issues in order to “preserve the integrity of the court.” Nowhere is this more evident that with the transgender issue, based on recent decisions.

The biggest obstacle to making state legislatures great again and red states red again are the phony Republicans in those states. But once we clean house and actually enact prudent legislation, the biggest remaining obstacle is the officious federal judiciary. Despite the protestations from the left, they benefit from judicial supremacism a lot more than we do.