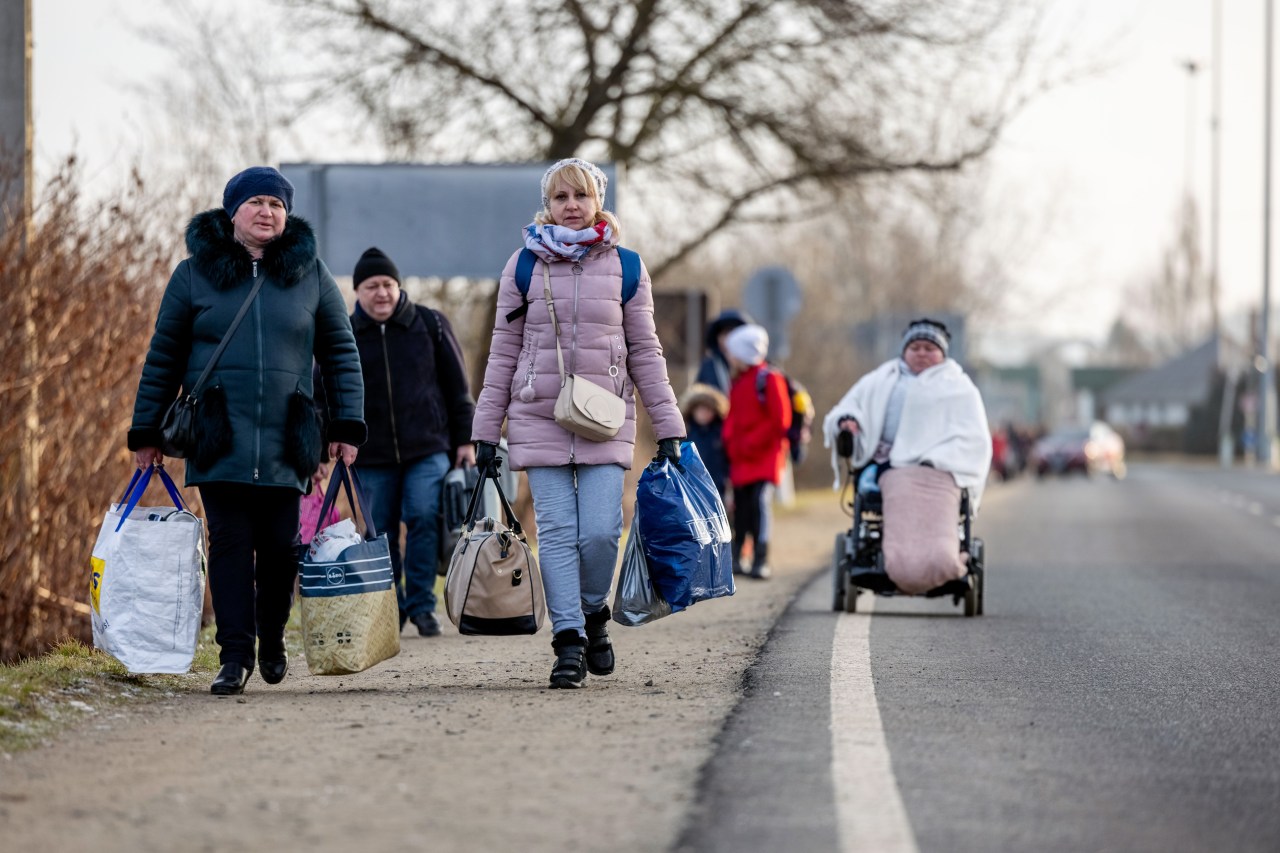 INDIANAPOLIS — Steve Boles was in church Sunday morning when his secretary called from Karostyshev in central Ukraine and left a voice message on his cell phone.

“They say there are tanks coming from both sides,” said Oksana Gluschenko in a semi-whisper and out of breath. “They have just discovered Russians in military vehicle and I think there will be a fight near our city so we are going to take the children down under the ground.”

“Mission to Ukraine”, a Noblesville-based charity that provides physical and speech therapy and special education to children in Ukraine, has approximately 45 employees currently in the path of advancing Russian forces and only a handful have been able to escape to neighboring countries.

“One of them was on maternity leave, she had a three-month-old baby and it was just time for her to get out as quick as she could,” said Boles, the executive director. “I cry and I pray and I wish I could be there to help but there’s absolutely nothing I can do to stop those.”

Boles said Karostyshev is ninety minutes away from the capitol of Kyiv, roughly the distance between Indianapolis and Kokomo, and the town where his secretary is trapped is very much like Broad Ripple.


Want to help Ukraine? Here are some options

“That is enough that she looks out of her apartment and sees tanks rolling,” he said.

In just ten days, “Mission to Ukraine” has collected $100,000 from Hoosiers, more than two-thirds of it this weekend from two churches, to provide relief for the victims of the Russian invasion.

“We’re going to be buying everything from food and medicine, generators for families that need them, 100% of it is going overseas to Ukraine,” said Boles. “We’re still able to send it directly to the bank in Ukraine, they’re still open and taking deposits and going through that. We’re also looking how we can get some of that to go over in crypto currency.”

Boles said members of the Central Indiana Ukrainian community are awaiting guidance from the federal government on welcoming evacuees from the homeland for resettlement in the United States.

“I had a man in church this morning said, ‘Hey, I used to be in the army. I was a welder and if they need a welder over there, I can go help put the tanks back together and I’m ready to go,’” said Boles after he was approached by another church member who is making first aid kits for fighters.

Boles then played the second voice message, this one of his secretary holding back the panic as she struggled to be heard above the blaring air raid sirens in the background.

“We have an air raid right because they say that they are bombing,” said Oksana, “and they have already bombed the railway station and they are shooting there so I don’t know what to expect here. We are hiding right now.”