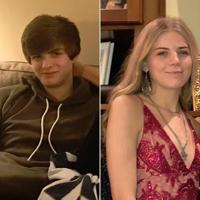 Lanham, 19, of St. John, drove a friend, Grill, 18, of Cedar Lake, to Dye’s property on Feb. 25 to meet Connor Kerner, of Valparaiso, the suit filed in Porter County court states.

During the visit, Kerner, who was 17 at the time, is accused of shooting Grill and then beating him to death, before fatally shooting Lanham in the back of the head, police said.

The lawsuit claims the grandparents “knew or should have known that Connor Kerner had significant behavioral problems.”

The suit also alleges Connor Kerner, now 18, had been involved in the sale and/or consumption of illegal drugs and “previously inflicting serious bodily injury upon another person in the fall of 2018.” The behavior necessitated in him attending alternative school, according to the lawsuit.

The suit also targets Roxann Kerner, who had custody of her son, Connor, and lived with him in Valparaiso, at the time of the slayings. Indiana code imposes strict liability upon Roxann for Connor’s actions that resulted in Lanham’s death, according to the legal action.

The filing seeks an unspecified amount of money to compensate Lanham’s estate, represented by her mother, Stacy Spejewski, for the loss. The action is permitted under the Indiana Child Wrongful Death statute, according to the suit.