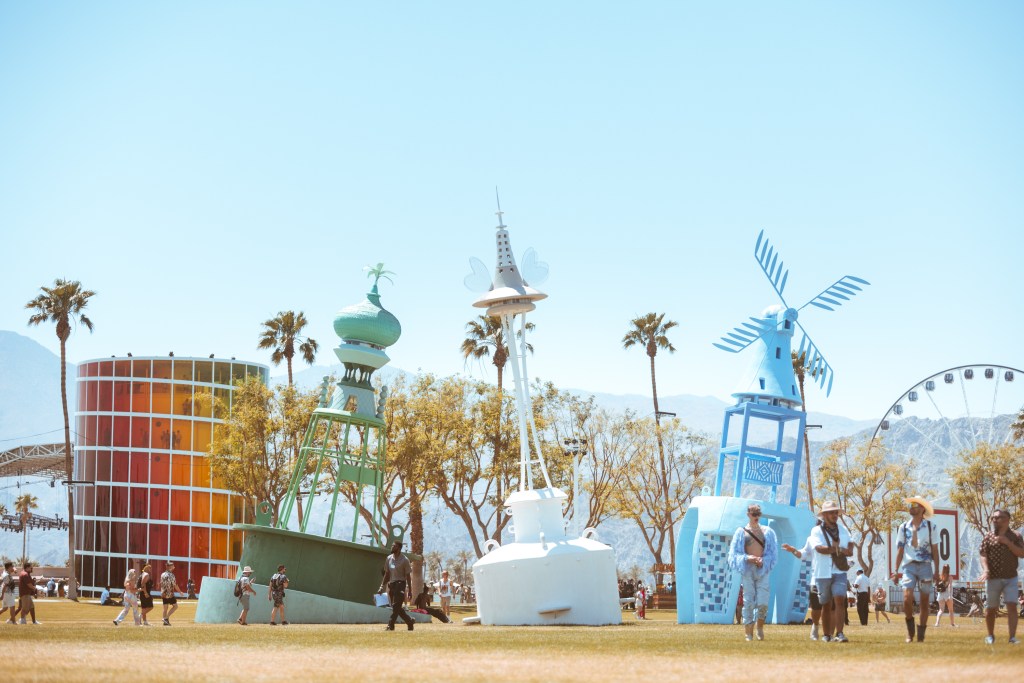 After having been canceled in 2020 and 2021 amid the COVID-19 pandemic, the Coachella Valley Music and Arts Festival made its return to the desert on Friday, led by headliner Harry Styles.

Taking the stage at 11:35 p.m. on the dot, Styles kicked off the show with a performance of new single “As It Was” before launching into a set of his hits, new tracks off his upcoming Harry’s House album and a special guest appearance by Shania Twain.

“My name is Harry, it’s a pleasure to be here in front of you tonight, thank you so much. This is already very, very special,” the star told the crowd after beginning his performance. “It’s big in here ain’t it? For the next 80 or something minutes, our job is to entertain you. I promise you we’ll do our absolute very best. You also have one job, which is to have as much fun as you possibly can. Be whoever it is you always wanted to be in this field tonight. We have the full moon, you have a ticket and I have the flavor.”

Styles, a first-time headliner at the fest, later unveiled two never-before-heard songs, starting with “Boyfriends,” which he announced, “It’s the first time we’ve played it for anyone so please be gentle. Who in the audience has ever had a boyfriend? Who in the audience has never had a boyfriend? To boyfriends everywhere, fuck you.” Later he also debuted “Late Night Talking.”

About an hour into the set, the iconic beats of Twain’s “Man! I Feel Like A Woman” rang out in the field as the country music star made a surprise appearance on stage, with the two dueting both that hit song and “You’re Still The One.”

“I have to tell you, in the car with my mother as a child, this lady taught me to sing,” Styles said of Twain. “She also taught me that men are trash — but to you, for the memories you gave me with my mother, I will be forever grateful. I’m so grateful that you’re here with us tonight, this is very special for me.”

Twain replied, “I am so honored and thrilled to be here, thank you Harry. I’m kind of lost for words, I’m kind of starstruck what can I say. I’m a fan of you of course and I realized that when I was writing this song you were just a kid so it’s kind of a dream and very surreal to be sitting here right now singing this song with you.”

As his weekend one performance came to an end, Styles told the crowd, “It’s been an absolute privilege playing for you tonight. I know this festival hasn’t been on for a couple of years, we’ve all been waiting for it, thank you so much, such a warm welcome back. It’s been a big moment to play for you all.” And as he departed the stage, after a rendition of “Sign of the Times,” the Ukraine flag flashed across the Coachella screens, showing Styles’ support.

Before Styles took to the stage, Daniel Caesar performed with a surprise appearance from Justin Bieber to sing their Grammy-nominated collaboration “Peaches.” R&B singer Giveon is also featured on the track, but did not make an appearance ahead of his set on the festival’s Saturday lineup.

Amid the pandemic, the festival waived all vaccination and testing requirements, in a break from most Hollywood events, but some in the crowd still opted to wear masks.

Music aside, Coachella is also known for its parties, with dozens taking over the Indio area throughout the weekend. On Friday, Soho Desert House hosted 12 hours of live performances and DJ sets — including a performance from Diplo —unlimited food and beverages, wellness experiences, and pop-ups from partners including Hugo Boss, Supergoop!, Patron, Amass, Rosaluna and Trip at its oasis-inspired venue.