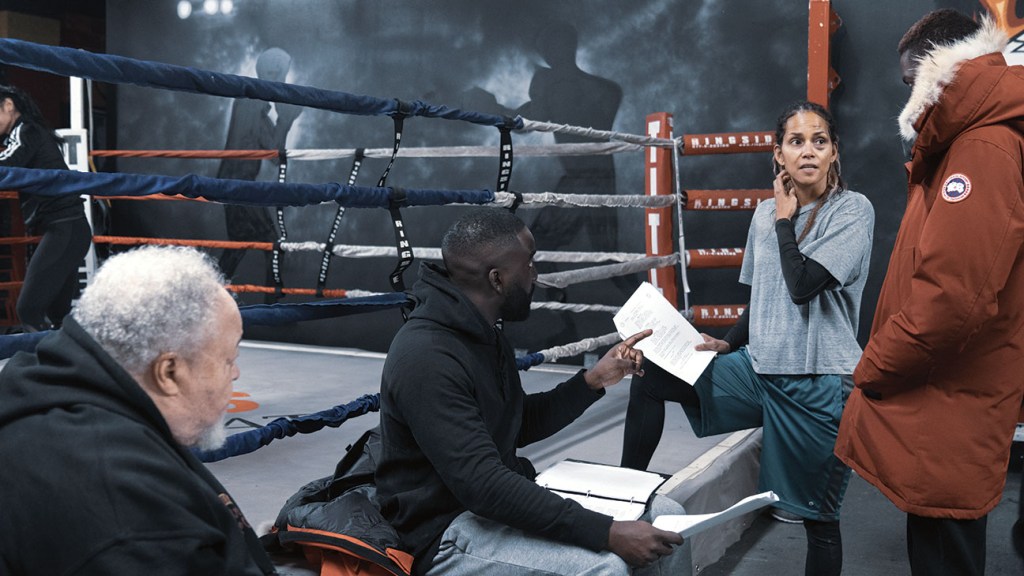 At its fourth annual Celebration of Black Cinema and Television on Dec. 6, the Critics Choice Association will present its Career Achievement Award to Halle Berry, 55, who, 20 years after becoming the first (and still only) Black woman to earn the best actress Oscar for her performance in Monster’s Ball, has just embarked on a new chapter in her career. In Bruised, the new Netflix drama about a mixed martial arts fighter attempting a comeback, she not only stars but also makes her directorial debut.

What called you to directing at this point in your career?

You never really know when you’re ready to do anything. I harken it to having children: You don’t know when you’re ready to be a parent, you just decide that that’s what you want to do, you’re compelled, you meet the right person, you get to a certain age and you say, “This is important to me. This feels like the next evolution of my life.” And I think that’s how I felt about my career. I didn’t set out to do it, but I felt compelled to do it.

What was the biggest challenge in directing Bruised?

It was harrowing. It was the hardest thing I’ve done in my professional career, because the character was a big, huge character that required a lot of my time and attention and preparation, and then directing for the first time also required a lot of my time, attention and preparation. So I was burning the candle at both ends, which made for super long days, really stressful days. But at the end of the day, I was engrossed in doing something that I loved and something that I felt passionate about. And it was a story that I felt like if I didn’t tell, I was going to die.

Is Bruised, a sports drama, the type of film you envisioned yourself making?

I love a good drama. I love diving deep into characters, and dealing with the dirty and the fracturedness of human beings. Those are the characters that I love most to play. I was a fan of MMA, so when the script dropped into my lap, it was a world that I loved and that I already knew and that I felt like if I got a chance to reimagine the story in a new way, then there was another reason to tell a story in this age-old genre that people love so much.

How do you feel Black cinema and television have changed since your career began?

There have been great strides made since the time I started 30 years ago — I looked around and I saw no Black faces. I didn’t see my story and myself reflected very much at all in television or cinema. So as I sit here today, 30 years from the time I started, I see a huge difference. I see Black women, Black faces, Black people all around me. I see our stories being told. And so that tells me progress is happening. Is there work to be done? Yeah, but there’s always work to be done.

Why do you think that in the 20 years since you won the best actress Oscar, no other Black actress has been so honored?

Well, you never want to be the only one; when you win something like that, you hope that you can open the door and bring the others behind you. So the fact that none have followed is heartbreaking. But it doesn’t diminish the moment for me, and it doesn’t diminish the accomplishment. And when I look around at my peers like Viola [Davis] and Taraji [P. Henson] and all the other women that lately have been standing on the precipice of winning that award but fallen short, they are moving our needle forward — with or without an award. They are changing the face of women of color in this business in a major way.

Interview edited for length and clarity.

This story first appeared in the Dec. 1 issue of The Hollywood Reporter magazine. Click here to subscribe.