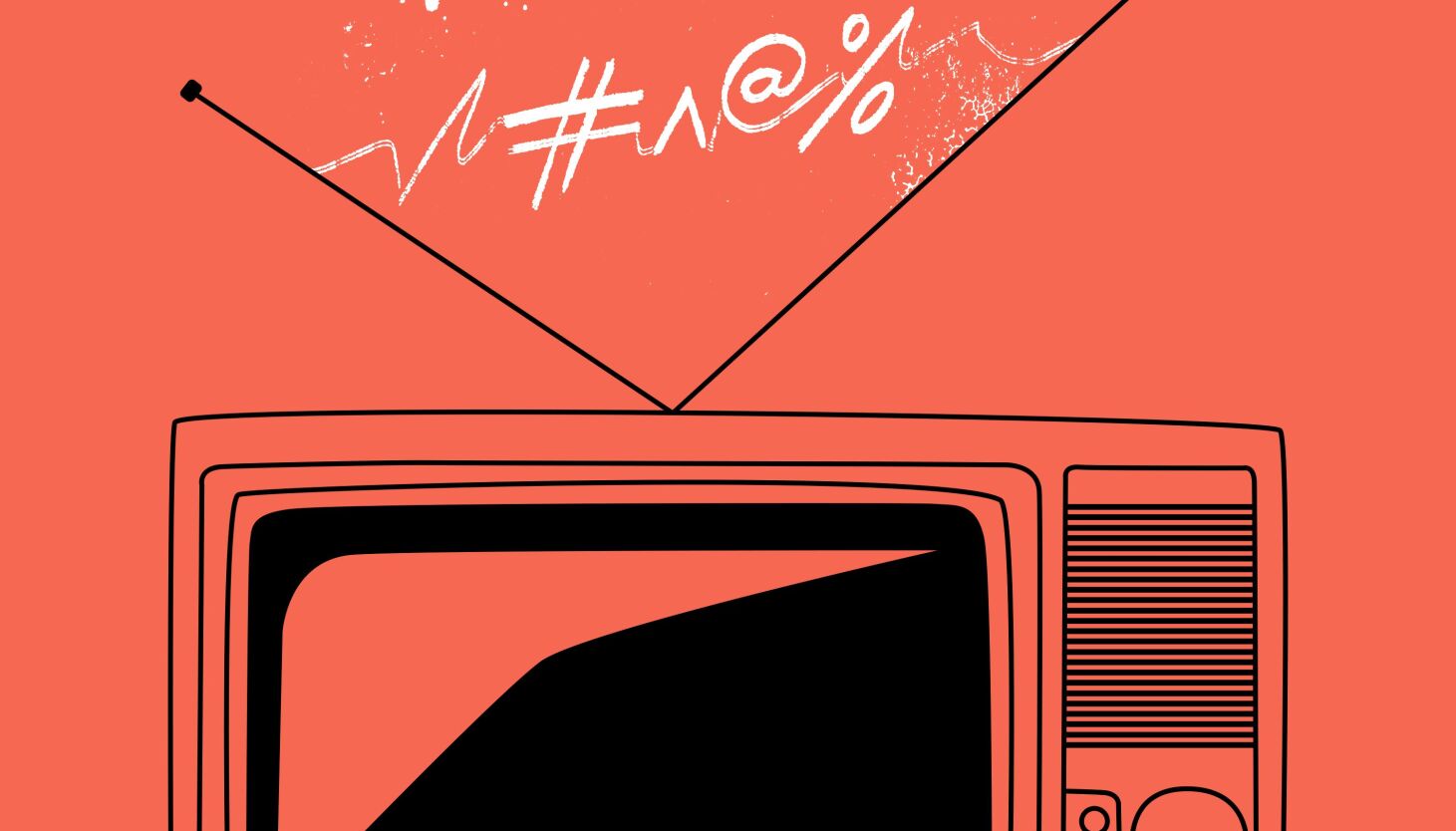 I was talking with a friend recently about the FX series “The Old Man.” We frequently refer each other to television shows that could be watched with kids in the room.

It’s compelling, I told him. Jeff Bridges is fantastic. There’s no sex and no nudity. It’s violent, but not gratuitous.

“There are no F-words, right?” he said. After all, I’d watched the basic cable version — you know, the one with commercials.

Oh, no. There are plenty of F-words on “The Old Man.” And on “Yellowstone.” And on other popular basic cable shows like AMC’s “Better Call Saul” and FX’s “What We Do in the Shadows” — both of which were nominated for Emmys this year.

In 2016, a Washington Post headline asked the question: “Is there anything you can’t say on TV anymore?” When it comes to what the adult Ralphie once referred to as the “queen mother of dirty words,” the answer is increasingly “not much.”

Its use has been part of premium cable for decades, and the F-word is common in the original content offered by the growing number of streaming platforms. But dating back to 2014, the F-word has creeped into advertising-supported basic cable and also some streaming series that are rated TV-14. It seems like the only F-bomb shelters left are TV-PG programs on streaming services and broadcast television in general — though, viewers there often get bleeped-out F-words or creative substitutes. (NBC’s “The Good Place” was particularly good at this.)

The F-word has taken over television. How did we get here? And are we better or worse for it? Let’s analyze.

How common is the F-word on TV?

First, an acknowledgement. The meaning of “television” in 2022 is vastly more complex than it was not just in the days of basic and premium cable, but what it meant as recently as 2013 — when “House of Cards” became the first episodic television series produced for Netflix by an outside studio.

In 2022, Netflix and a host of other streaming services — Amazon Prime, Hulu, Apple TV+, Disney+, Paramount+, Peacock — are constantly rolling out original programming on their platforms, giving consumers a bewildering number of options.

So, how pervasive is the F-word in television entertainment? Consider the following:

The F-word on basic cable

In 2016, Washington Post entertainment writer Bethonie Butler wrote about the use of the F-word in the FX miniseries “The People v. O.J. Simpson: American Crime Story.”

“The word used to be forbidden on basic cable,” Butler wrote. “But these days, what exactly can you not say on television?”

It wasn’t the first time the word had been used on basic, ad-supported cable, though. The FX series “Louie” featured an F-bomb in 2014. According to Butler, then-FX network president John Landgraf told television critics in 2015: “We’ve used the F-word on air now multiple times in the last several years. … So we’re on the verge of being, kind of, done with the debate or battle over language. It’s close anyway.”

In 2018, Season 3 of “The Magicians” on Syfy started featuring unfiltered use of the F-word, with show creator Sera Gamble telling IndieWire: “It’s an ongoing conversation that they’ve been having. They were able to make the show TV-MA rated. Now that we’re TV-MA, we’re able to let the F-word fly.”

FCC regulations regarding profanity don’t apply to basic cable like they do to broadcast television. Networks like FX are only “accountable to advertisers,” Butler explains.

“Basic and premium cable networks, along with streaming services, have lots of potty-mouth freedom because Federal Communications Commission rules for indecency and profanity don’t apply to subscription services,” wrote Lynette Rice of Entertainment Weekly in October 2018.

Melissa Henson, director of programs for the Parents Television and Media Council, pointed to the “great migration” to streaming content that was accelerated by the COVID-19 pandemic as a possible cause for the increase in severe language on basic cable programming.

“That is a fairly new phenomenon,” Henson said. “I suspect a lot of it is pressure that comes from streaming services, which can do that pretty freely.”

Authentic or bad for families?

Six years ago, Butler wrote that the networks “seem to be pushing the envelope, but it’s not that the rules — which have always been fairly vague — have explicitly gotten looser. It’s that the standards reflect the times. And in 2016, our collective vocabulary is edgier than ever.”

Authenticity is often the argument made in favor of relaxed restrictions on the F-word. Rice’s article argued that broadcast television should embrace the word and quoted Christopher J. Irving, a faculty instructor in English and humanities at Beacon College in Leesburg, Florida.

“If networks want their audiences to continue to relate to their characters in ways that don’t always require the suspension of disbelief, then maybe they should start dropping more than just one or two F-bombs,” Irving said.

Bill Aho is the CEO of VidAngel, a subscription service that offers customizable filters for subscribers of Amazon, Netflix and Apple TV+. While he acknowledges that the F-word “has become rather commonplace in many circles,” the most-used filter on VidAngel is the one which removes that particular word.

“There are plenty of people who don’t want it in their home,” Aho said. “Whether the F-word makes a movie or TV show any worse is a matter of personal values. But the question is, does it make the show any better?”

Most observers seem to agree — the constant presence of the F-word in modern entertainment is a reflection of our culture.

“I think the reality is that people do become desensitized over time,” Henson said.

Whether it’s authenticity, a reflection of the culture or just desensitization, the F-word is now just about everywhere on modern TV. And Henson doesn’t see that as a good thing.

“There will always be a segment of people that are uncomfortable with that language,” Henson said. “I think we’re all the worse for it.”