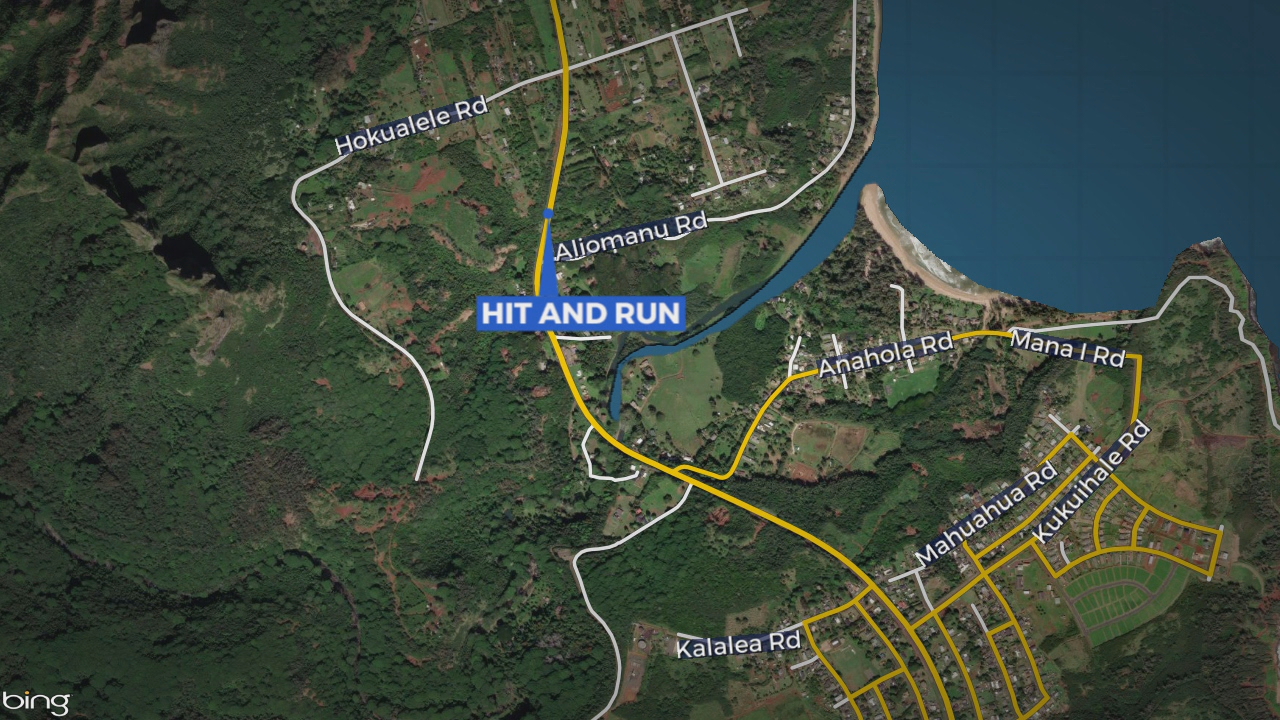 HONOLULU (KHON2) — A portion of Kuhio Highway was closed in both directions after a multi-vehicle accident on Kauai on Friday.

The collision caused the blue pickup to collide with a Ford MVPH and the white pickup continued on to the shoulder lane striking a Chevrolet convertible, said police.

After the second collision, police said the driver of the white pickup fled the scene.

Police then closed both lanes of Kuhio Highway for three hours after arriving on the scene.

Any witnesses of the crash are asked to contact Officer Shawn Hanna of the Traffic Safety Section at 241-1615.