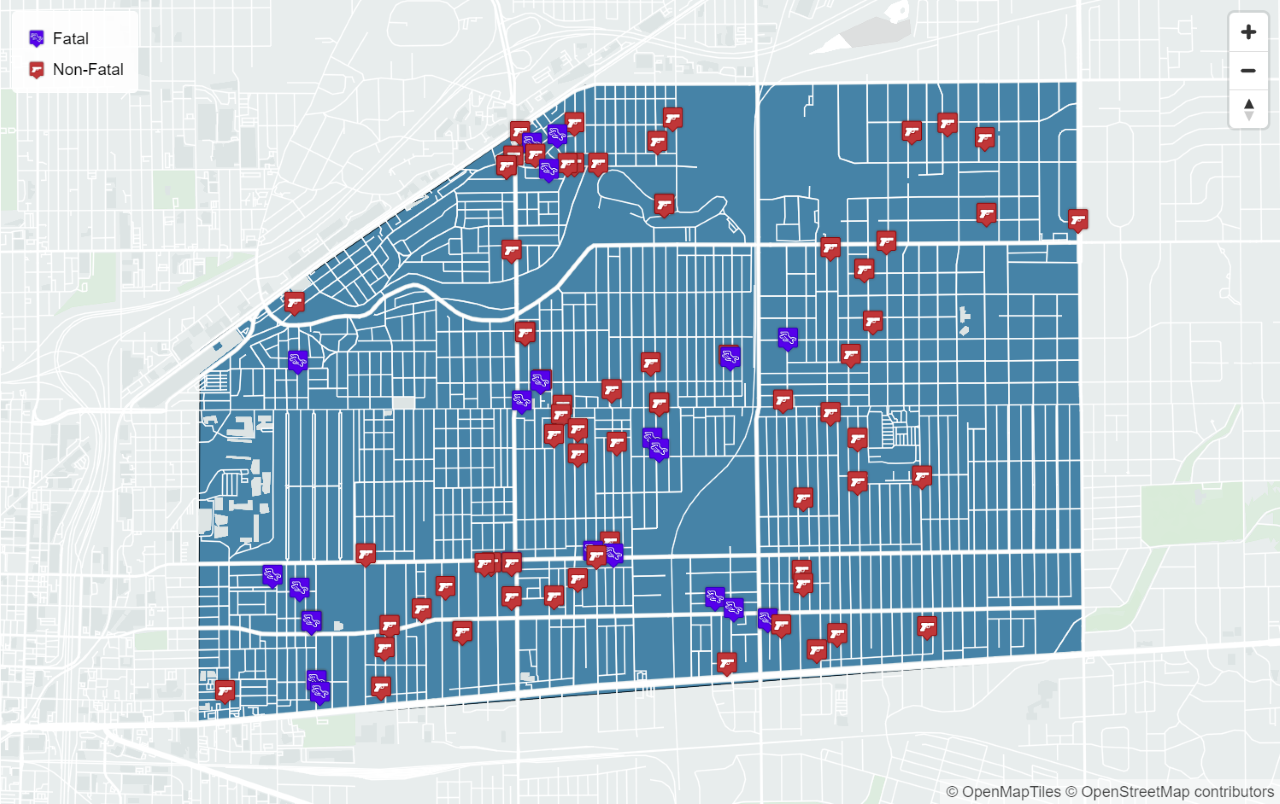 INDIANAPOLIS — IMPD leaders talked with community members Monday evening about priorities for the East District in 2022.

Among those talks were new details on the gunshot detection system pilot program that will be tested out in part of the area.

We first told you about the gunshot detection system pilot project on Feb. 16, after finding the planned testing grounds for it in public documents.

The next day, IMPD confirmed the area on the East side between North Oriental St. and Emerson Ave. as the area to be used for the gunshot detection system pilot program.

The area covers about five square miles and had 10% of all fatal shootings in Indianapolis in 2021.

”We used data and police runs and other anecdotal evidence and complaints and input from the community to put that technology in that neighborhood,” Riddle said.

Riddle said when the technology will actually be installed in the area is still undetermined, but the Request for Information Document out to all gunshot detection vendors is due March 1.

”That information will then be examined by IMPD and city purchasing and other city institutes,” Riddle said.

From there it will be decided which of the vendors will be used in the pilot program.

Assistant Chief Chris Bailey said this will be a long process before any decision is made.

”No matter which system you choose it is very expensive and then after the pilot we’re going to have discussions whether or not we invest in a small area on another year or two basis until a decision has to be made by the council on whether or not to fund the program full time,” Bailey said.

Bailey and Riddle both added along with the gunshot detection system technology, more public safety cameras and license plate readers will be installed in the area as well.

“What we are trying to do is utilize a trio approach,” Bailey said. “Not just gunshot detection in one area, but a gunshot detection paired with a public safety camera and LPR, we think the technologies work best when they work together.”

Chris Staab, the President of the Near Eastside Community Organization joined the town hall, he wants IMPD to be open about the process throughout the pilot program.

”I am hoping that they are willing to share some of that data with us,” he said.

Riddle said IMPD is also planning on having a technology meeting in the East District soon to give further details on the gunshot detection system pilot.