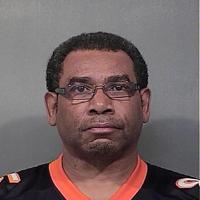 CROWN POINT — A Crown Point man was convicted Thursday of murder for shooting his own son to death last year.

Jerome Wilderness Sr., 67, faces a minimum of 45 years in prison at his sentencing hearing, which was set for Dec. 6.

After hearing several days of testimony, the jury found Wilderness guilty of murdering his 39-year-old son, Jerome Wilderness Jr., on Feb. 17, 2018, at their home in the 1200 block of West 97th Place.

Wilderness previously rejected a plea agreement that would have capped his sentence at 20 years in prison.

According to court records, the shooting was recorded after the younger Wilderness attempted to call a relative and reached her voicemail.

The elder Wilderness can be heard yelling at his son to leave the house in the message. The son said, “You shot me,” then two pop sounds are heard, followed by, “Why Dad? Why Dad?” records state.

Get the latest in local public safety news with this weekly email.