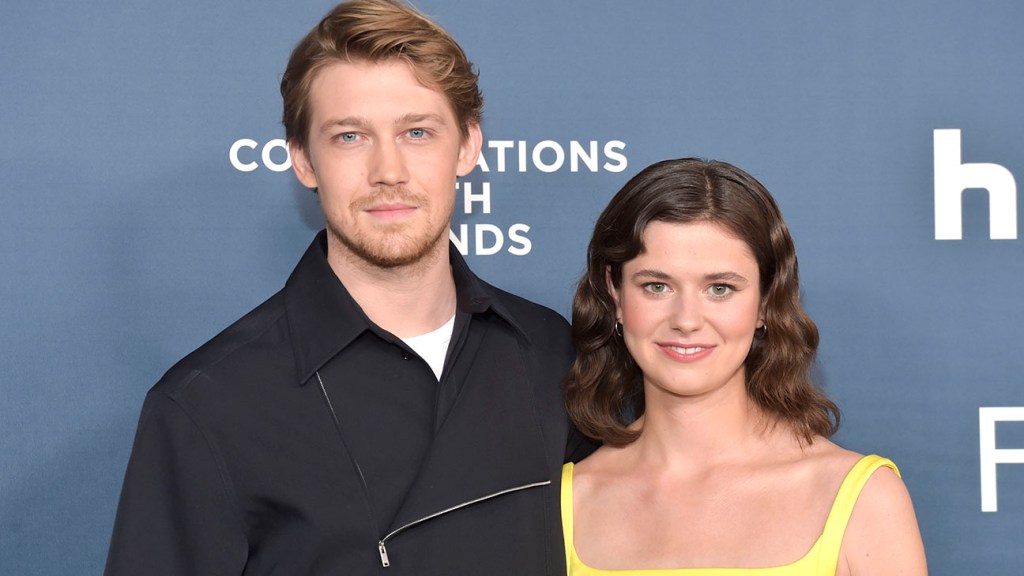 When it came to taking on the Hulu adaption of Conversations With Friends — the second of Sally Rooney’s novels to make the jump to TV after the success of Normal People — stars Joe Alwyn and Alison Oliver were ready for the comparisons. And the expectations, after Normal People launched Paul Mescal and Daisy Edgar-Jones immediately into breakout star status and landed four Emmy nominations, including one for Mescal.

“I suppose there’s an element of pressure with anything,” Alwyn told The Hollywood Reporter at a Los Angeles FYC event on Tuesday about living up to that first series. “I think it’s nice that aesthetically, internally, there’s a relationship to Normal People, but even from the book, it’s very much its own story and its own show. It’s not a sequel, so having that separation is nice, and just to look at it through the lens of comparison would probably not be fair to either of them.”

Those comparisons are understandable, though, because of Rooney’s source material and the same creative team behind the show, led by executive producer and director Lenny Abrahamson. Both shows also follow young Irish people falling in and out of love. However, Conversations With Friends follows a more complex story of two college students (played by Oliver and Sasha Lane) and their complicated connection with a married couple (played by Alwyn and Jemima Kirke).

“Of course, it shares a tone and an aesthetic and a writer and the team that are making it, but actually just approaching it as its own thing was how we ended up doing it,” said Oliver of differentiating the two projects, of which she was admittedly “a very big fangirl of” after reading both of Rooney’s books. As for how she sees the two shows connect if Marianne and Connell are navigating their relationship just miles away from her character’s story, she joked, “I see them in separate worlds in a sense. I think if they were all together, my brain would [explode].”

Alwyn was also a big fan of Rooney’s novels and said he met and exchanged a few texts with Mescal during shooting. He plays an actor in the series, and though he said he “didn’t get too lost in the whole meta side of it,” there was one strange aspect — early in the show, Oliver’s character googles Alwyn’s character and gushes over his red carpet photos, which are actual pictures of Alwyn from the 2019 Vanity Fair Oscar party.

“I did see those photos, and that was quite funny to see. [It] took me out of it for a second,” the actor admitted. And speaking to building the series’ key relationship connection, Alwyn pointed to months of prep time, due to the pandemic, for the cast to get to know each other and build a foundation.

As for if there are hopes for season two or if the show will follow in Normal People‘s footsteps of one-and-done, Oliver teased, “I think it’s a Sally Rooney call.”

Conversations With Friends is now streaming on Hulu.