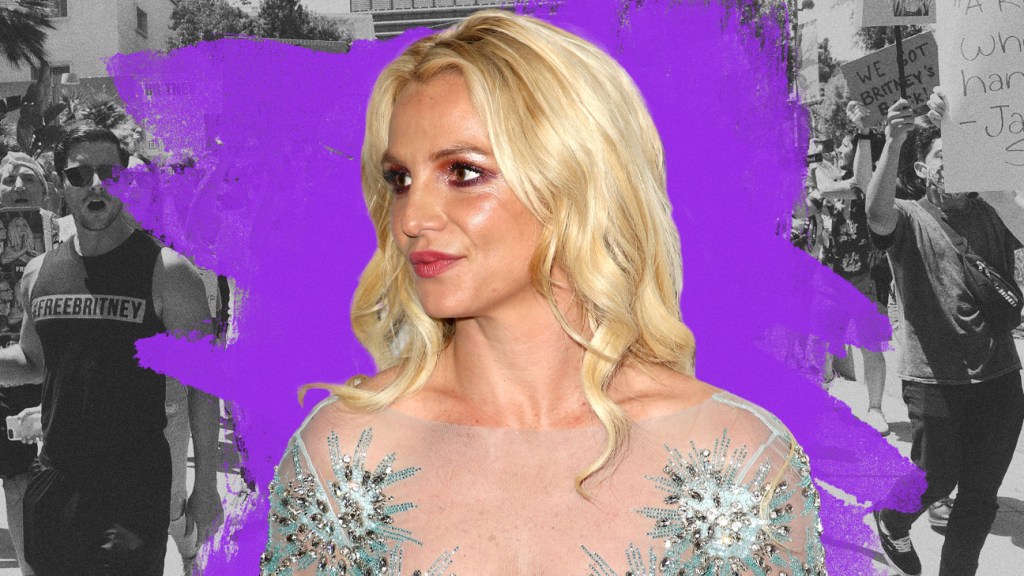 The fight over whether Britney Spears should pay millions in legal fees racked up by her father while he was conservator of her estate isn’t over, but an L.A. judge won’t allow funds to be kept in the conservatorship until that’s decided and has ruled the performer should have control over her money.

In a heated Wednesday afternoon hearing before Judge Brenda Penny, attorneys for Britney and Jamie Spears and others connected to the now-terminated conservatorship sparred over allegations of misconduct, press leaks and who should control the star’s money.

Justin Gold, an attorney for the temporary conservator of the estate, John Zabel, argued that the conservatorship assets should be transferred to Britney, which was met with sharp criticism from Jamie’s lawyer Alex Weingarten. “Let’s remember why this conservatorship existed,” Weingarten said. “Ms. Spears was irresponsible with her money.”

Britney’s attorney Mathew Rosengart quickly interjected that “the conservatorship is over.”

Heading into the hearing, there has been a battle over Jamie’s ongoing legal fees and whether or not they should be billable to Britney’s estate because of his prior role as conservator. His legal costs escalated beginning in the fall of 2020, when Britney’s court-appointed attorney Samuel Ingham III expressed her desire for her father to not continue as sole conservator of her estate, which triggered a series of contentious hearings and his eventual suspension. Millions of dollars in fees, and counting, are currently before the court for approval. One firm alone, Holland & Knight, has pinned its fees at more than $1.3 million.

David Nelson of Loeb & Loeb, one of the other firms seeking fees, supported Weingarten in opposing the transfer of the funds, claiming that assets in the estate remain subject to the court’s authority despite termination of the conservatorship. But Ingham, pointing out that Loeb & Loeb has less than $100,000 in outstanding legal fees, said Rosengart should simply represent to the court that Britney will honor payments if the judge grants them.

Rosengart insisted he can deal with fee requests if necessary, arguing that Britney has the money to pay her lawyers and she’s “not going to dissipate her assets.”

Utimately, Penny refused to set aside funds and explained that there are statutory protections in place to make sure lawyers get paid in the event an order is issued granting their fee requests.

Ahead of the hearing in a Dec. 15 filing, Weingarten argued that Jamie is still obligated to “transition administration of Britney’s estate to Britney’s representatives which involves over 13 years of records relating to the $57-plus million Estate,” as well as finalize the 12th accounting, prepare a final accounting and engage in discovery relating to his administration of her estate, all of which he contends is billable to the estate regardless of “toothless” allegations of wrongdoing. Weingarten argued that other lawyers involved in the conservatorship have been paid 80 percent of their billable fees and 100 percent of related costs and his firm should be no different, especially when the court “will ultimately review all payments made to each parties’ counsel to confirm Britney’s Estate is protected and can make orders clawing back excessive or inadequate fees.”

Rosengart in his opposition argued that Jamie’s new lawyers aren’t “necessary” to wind up the already-terminated conservatorship and the allegations of wrongdoing are relevant: “[I]n addition to his conflicts of interest, mismanagement, and other misconduct, Mr. Spears’s actions implicate federal and state criminal law.”

He disputed Jamie’s contention that his “record has supposedly been ‘impeccable’ because no one objected to his first eleven accountings and he has yet to be surcharged” and notes that he never faced “formal discovery to critically examine his activities” until this past August. He also emphasized the court’s discretion.

“Mr. Spears’s lawyers already have been paid literally millions of dollars at his daughter’s expense,” Rosengart wrote in his opposition, which is embedded below. “Before they are paid a penny more, this Court should exercise its right and authority to pass upon the propriety of any further fees. Otherwise, Ms. Spears ultimately will be forced to spend even more time and money trying to claw back even more funds than she already will have to claw back.”

In a declaration submitted along with the opposition, an FBI special agent turned forensic investigator hired by Rosengart’s firm detailed Jamie’s troubled financial history and efforts made to corroborate explosive allegations made by a security firm whistleblower about monitoring Britney’s iPhone and installing a secret audio recording device in her bedroom that were initially reported by The New York Times. Sherine Ebadi also noted the Black Box security whistleblower says Jamie used money from the estate to pay to investigate some #FreeBritney activists and alleged that evidence shows he mismanaged funds and engaged in self-dealing on a number of fronts, including real estate holdings. Ebadi concluded that Jamie used his position as conservator “to enrich himself and those loyal or useful to him” and personally profited to the tune of $6.3 million from 2008-20.

Those allegations were also addressed during the Wednesday hearing, including a contentious exchange after Rosengart said Weingarten withheld information in discovery that showed Jamie directed surveillance on his daughter.

Weingarten challenged the allegations against Jamie and claimed Rosengart planted the story at the New York Times.

Rosengart denied the accusation and fired back saying, “Mr. Weingarten didn’t say one thing about whether or not his client knew about or directed electronic surveillance on my client.”

The legal fees and the pending twelfth accounting will be addressed at a later date. Among the issues remaining, Britney’s team is also challenging the fees paid to her former business management firm, TriStar Sports and Entertainment, alleging they are excessive and there was an inherent conflict of interest with the firm handling Britney’s finances from the start because it had loaned Jamie $40,000 in 2008. After Britney went on hiatus in 2019, the firm informed Jamie that it was taking a financial loss in handling her affairs because it had been paid based on a percentage of her revenue and requested the arrangement be changed to include a monthly retainer fee to ensure it was paid at least $500,000 per year. The dispute over a subpoena sent to the firm was originally scheduled to be heard during the Wednesday hearing, but the parties agreed to continue the matter.

The next hearing is currently set for March 16, and another is slated for July 27.