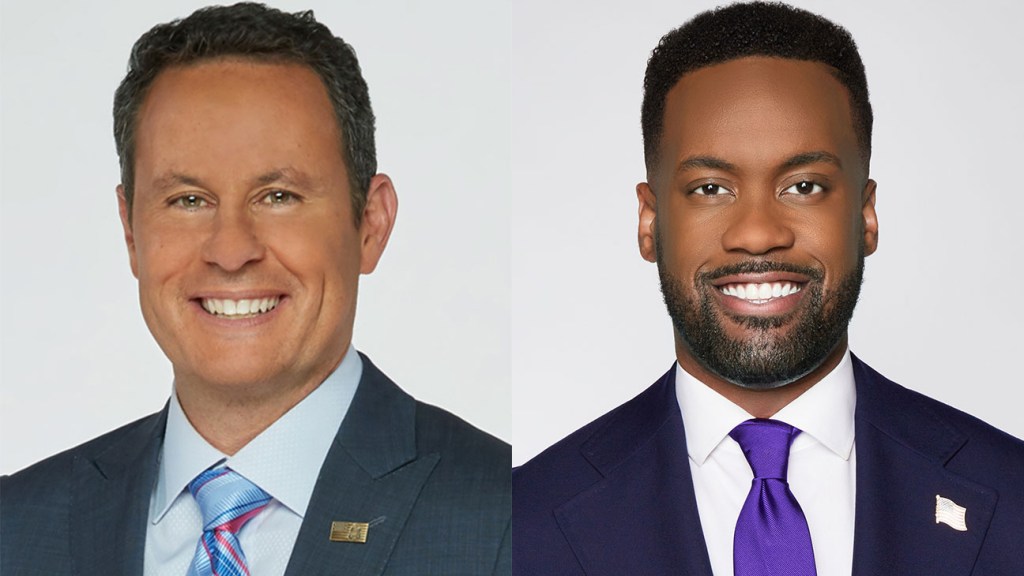 Fox News has found its weekend replacements for Jesse Watters and Jeanine Pirro.

The channel has tapped Fox & Friends co-host Brian Kilmeade and Fox & Friends enterprise reporter Lawrence Jones to host new weekend primetime shows for the channel. Jones and Kilmeade will also continue in their roles on the weekday morning show.

Kilmeade will take over the 8 pm Saturday timeslot formerly held by Watters, who stepped aside from weekend duties to take over the 7 pm weekdays hour. Jones will host a new show called Lawrence Jones Cross Country at 10 pm. Dan Bongino will shift from 10 pm to 9 pm on Saturdays, taking over the hour being vacated by Jeanine Pirro, who will become a co-host on The Five.

“Lawrence has been an impact player since joining the network in 2018 and we are thrilled to add his critical insights to our weekend lineup,” Fox News Media CEO Suzanne Scott said in a statement. “Whether reporting from the border or diners across America to hosting primetime specials, his perspective has added depth to our programming while resonating with the audience.”

“As one of our homegrown stars, Brian has been a wildly popular mainstay for millions of Americans across multiple platforms — from our number one rated morning franchise Fox & Friends to his hit shows on Fox News Audio and Fox Nation,” Scott added of Kilmeade. “We’re thrilled to add him to weekends to further expand his unique connection with our viewers.”