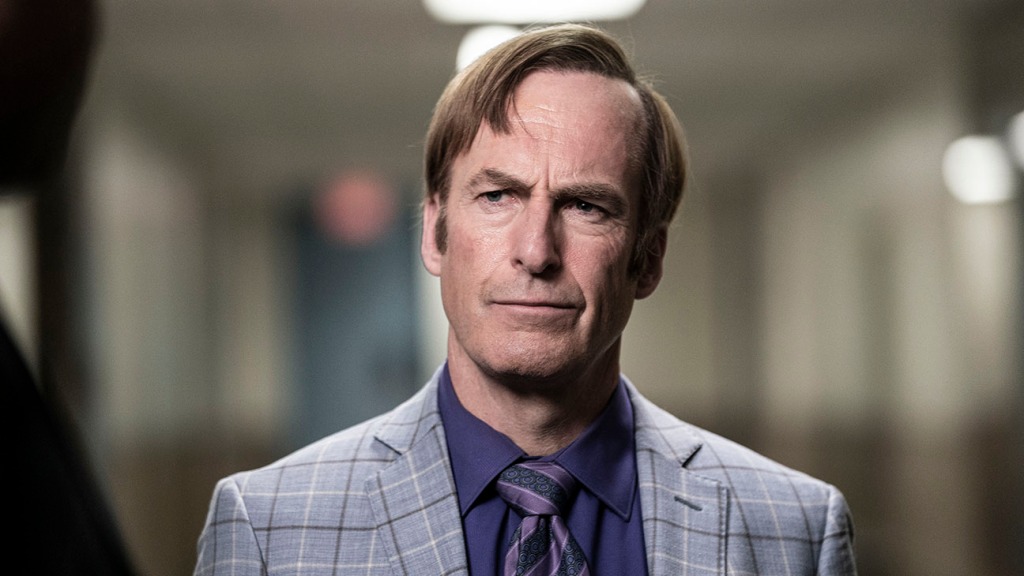 As AMC’s Better Call Saul stands at the precipice of its sixth and final season (or technically, the first half of a supersized final season that will be broken up into two parts, just like the final season of its predecessor Breaking Bad), there’s a sense that its narrative possibilities are simultaneously expanding and contracting.

On one hand, the bigger picture seems to be falling into place, paying off years of meticulous plotting as its characters’ disparate fates finally converge somewhere in the hellish sprawl of the Albuquerque underworld. On the other, we already know more or less where the limits of that bigger picture lie, having seen the aftermath of Better Call Saul already on Breaking Bad.

A thrilling beginning to an inevitable end.


How satisfyingly the series will ultimately be able to navigate between these conflicting directions remains to be seen. But the first two episodes sent to critics, at least, continue to reflect a confident drama that’s firing on all cylinders, and that shows every indication of going out as brilliantly as it came in.

One of Better Call Saul‘s most impressive qualities throughout its run has been its consistency, and that holds true in season six. The show’s pleasures are still its pleasures. Its performances haven’t missed a beat, and neither has its writing — if anything, these characters and the world they inhabit have only grown richer and more complex with time. (I’m begging you, Emmy voters: Stop sleeping on Rhea Seehorn.) The cast and writers (led by showrunner Peter Gould) maintain their gift for dancing between breathless tension, aching tragedy and genuine LOLs; the first two episodes have moments of all three.

It remains a show that relishes in the intricacies of a complicated scheme, whether it’s a bit of legal tomfoolery by Jimmy (Bob Odenkirk) or methodical groundwork undertaken by Mike (Jonathan Banks) as part of a vaster criminal conspiracy by Gus (Giancarlo Esposito). And it is still one of the most striking-looking shows on television, with an eye for the beauty and the meaning of a shot’s composition, and a playful habit of planting the camera in odd places — with a bundle going through an X-ray machine, or up extremely close with an ordinary insect going about its business.

At the same time, its shortcomings are still its shortcomings. For most of its run, Better Call Saul has felt like two parallel series. One is a superb, often devastating character study set mostly in the legal world and tracing Jimmy’s transformation into Saul Goodman. The other is a perfectly fine crime drama about the power moves and deadly conflicts within and around the Salamanca cartel. Occasionally these storylines intersect, and the final episodes of season five knit them together more closely than possibly before under the vast, looming threat of Lalo (Tony Dalton).

But the early episodes of season six see the show reverting to its typical bifurcated state, and as usual it’s hard not to notice how much more interesting one half is than the other. The new episodes pick up in the immediate aftermath of the explosive season five finale, and while the premiere doesn’t count as a breather, exactly — this is still Better Call Saul, so there are still pulse-pounding moments where lives hang in the balance — it feels like a moment for the characters to reassess, regroup and redirect their attentions toward playing out the consequences of the major decisions they made last season.

For Better Call Saul‘s gangland characters, it’s straightforwardly a matter of survival as they scramble to figure out the lay of the land after the (unsuccessful) attempt on Lalo’s life. The start of season six rests much of the tension on what this means for Nacho (Michael Mando), who’s often been sidelined over the course of the series for splashier fan favorites like Gus.

But the choice to put the spotlight on him now proves a prudent one. Not only is Nacho one of the most sympathetic characters in a cartel populated by figures whose coldness verges on superhuman (see Hector, the Cousins or, once again, Gus); he’s also one of the few whose destiny wasn’t already spelled out in Breaking Bad. The threat to his life lends these scenes an urgency that, say, Mike’s never could, since we know Mike lives to see the rise of Heisenberg.

At this point, though, Better Call Saul‘s single most pressing question might be what becomes of Kim (Seehorn) — which has come to mean not just the question of whether she survives, but of whether her soul does. She and Jimmy are still thick as thieves when we pick back up with them, but her turn toward the dark side in the season five finale seems to have shifted the balance between them in some small but significant way. While Kim charges briskly ahead with her career pivot, a new sense of hesitancy seems to be weighing on Jimmy. It’s as if he, too, realizes on some level that he’s reached a turning point, and is reluctant to let go of Jimmy McGill and embrace his next life as Saul Goodman.

But the turning of the chapter from Better Call Saul to Breaking Bad is an inevitable one, underlined by the already-announced arrival of Walt and Jesse sometime this year. In the second episode of season six, a minor character tips over a domino and sends a whole line of them toppling. It seems as fitting a metaphor as any for what’s coming. For five seasons now, Better Call Saul has been arranging the tiles, dazzling us with the intricacy of its design and the patience required to do it justice. Now it’s time to sit back, hold our breaths and watch them fall.