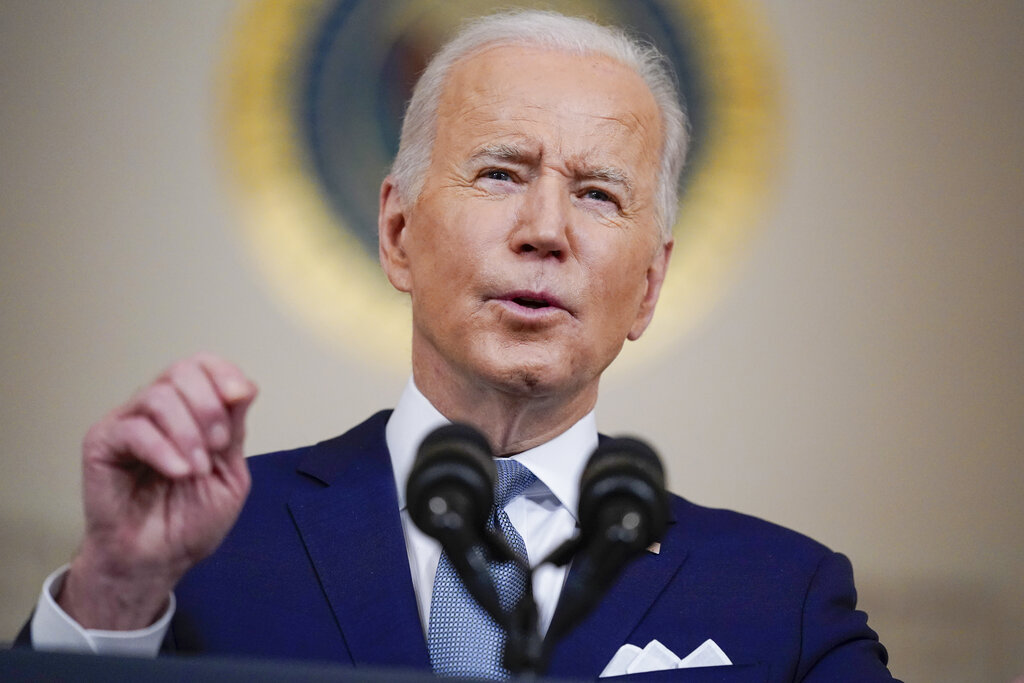 (NewsNation Now) — President Joe Biden will say it’s important to combat “dictators” before they “cause more chaos” in his first State of the Union speech Tuesday.

“Throughout our history we’ve learned this lesson – when dictators do not pay a price for their aggression, they cause more chaos,” Biden will say, according to excerpts from his speech. “They keep moving. And, the costs and threats to America and the world keep rising.”

The U.S. announced stiffer restrictions for Russia on Monday, prohibiting transactions with the Russian Central Bank and National Wealth Fund in dollars, meaning those banks won’t be able to access hundreds of billions of assets in the United States or in dollars.

Earlier today, Biden tweeted that he spoke with Ukraine’s President Volodymyr Zelenskyy to discuss “our continued support for Ukraine — including security assistance and humanitarian aid — as it defends itself against Russian aggression.”

“(Putin) thought the West and NATO wouldn’t respond,” Biden will say. “And, he thought he could divide us here at home. Putin was wrong. We were ready.”

Back at home, the president will address inflation. While he will promise a solution to lower prices and increase stateside production of goods, the excerpt does not include specifics.

“More jobs where you can earn a good living in America,” the excerpt reads. “And, instead of relying on foreign supply chains — let’s make it in America.”

NewsNation will air the full delivery and stream it live on this page at 9 p.m. ET. The address will be followed by the GOP response by Gov. Kim Reynolds, R-Iowa, and U.S. Rep. Rashida Tlaib’s progressive response on behalf of left-wing group Working Families Party.

Biden’s speech comes amid public disapproval of his handling of the economy and the pandemic. The results of a recent NewsNation/Decision Desk HQ poll found that 57% of respondents disapproved of Biden’s handling of his presidency. Another 55% say he isn’t a clear communicator.

The address also follows Biden’s announcement last week of his candidate for an opening on the Supreme Court. His pick for the seat, Judge Ketanji Brown Jackson, could be a topic of discussion during Tuesday’s address.