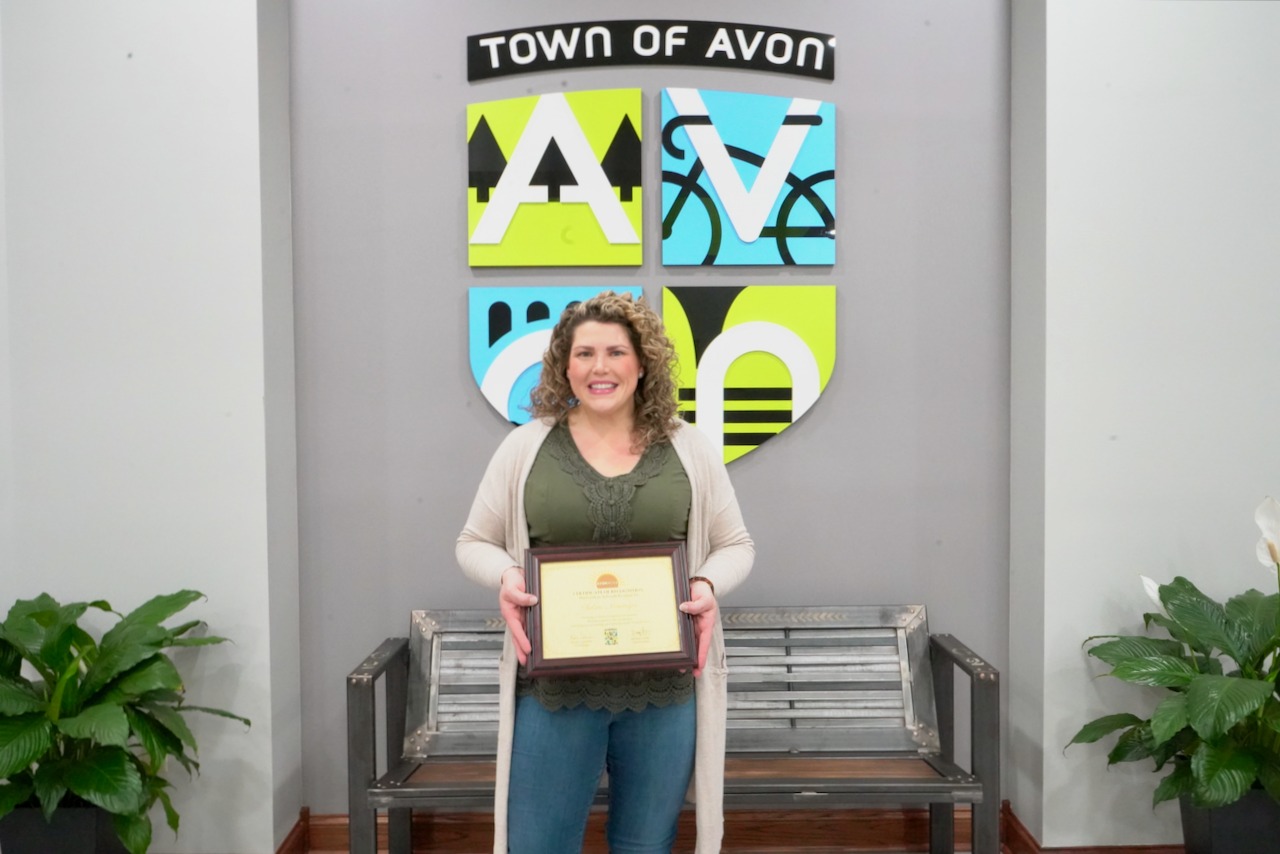 AVON — The city of Avon announced Friday their February 2022 winner for the Avon Nova award, Chelsea Neiswinger. Chelsea, her husband Brad, and their two sons, have been residents of Avon since 2017. Chelsea currently owns and operates her own online media company from her home which she recently utilized to help families in need at Camp Atterbury.

Brad shared with Avon, “I want to nominate my wife for her work in getting baby travel systems to refugees from Afghanistan that were staying at Camp Atterbury.” Chelsea says that she was surprised Brad nominated her. “I never expected to win an award for organizing something like this,” she said. “I saw there was a need and wanted to help out.”

Brad continued to explain that Chelsea used her social media platform to gather monetary donations, as well as contributing herself, and collected $7,800 which resulted in the purchase of 50 systems to send to the camp. This means that every expectant and new mother that was residing at Camp Atterbury received a car seat and a stroller to keep and use once they became U.S. citizens.

“When a friend of mine, whose husband works at Camp Atterbury, told me they were in great need of strollers and car seats for the infants and expectant mothers being hosted on the base, I had to help because a car seat is a baby item every infant requires,” said Chelsea. “I saw there was a need and wanted to help out and remove one thing the families had to worry about.”

Avon recognized Chelsea and her family on the town’s Facebook page and said the following: