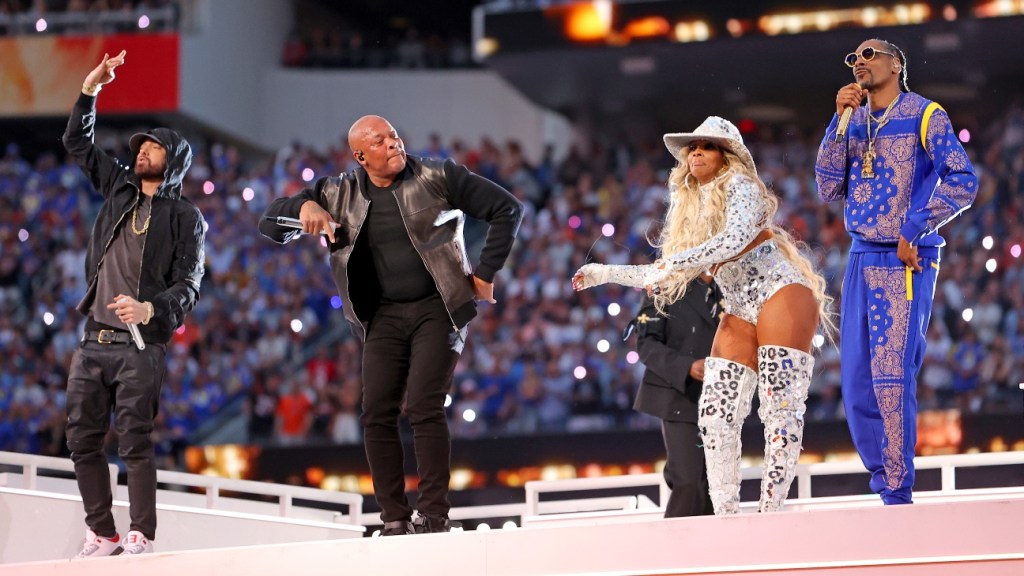 The NFL has found the next presenting sponsor of the Super Bowl halftime show.

Apple Music has been named the official sponsor of the annual music and pop culture event, succeeding Pepsi, which announced earlier this year that it would give up its role in presenting the show. Pepsi had been the lead sponsor of the halftime show for the past decade. Apple Music’s first Super Bowl halftime show will take place Feb. 12, 2023 in Arizona, with performers TBD.

This past year’s show featured Dr. Dre, Kendrick Lamar, Snoop Dogg, Eminem, 50 Cent and Mary J. Blige perform. Previous shows have seen some of the biggest names in music perform, from Beyonce and Prince to Justin Timberlake and Jennifer Lopez.

In fact, the show has become a much bigger event than the 12 or 15 minutes that make up the actual musical performance. The halftime shows featuring Jennifer Lopez, Lady Gaga, Katy Perry and The Weeknd have become the basis for documentaries about the lead-up to the performance, while Beyonce used her show to announce a global tour.

Indeed, an NFL source told The Hollywood Reporter last year that if Pepsi did pull out, the league was hoping to find a new sponsor  that could make the show “bigger, taking different aspects of it and making it stand way outside of the 12 minutes.”