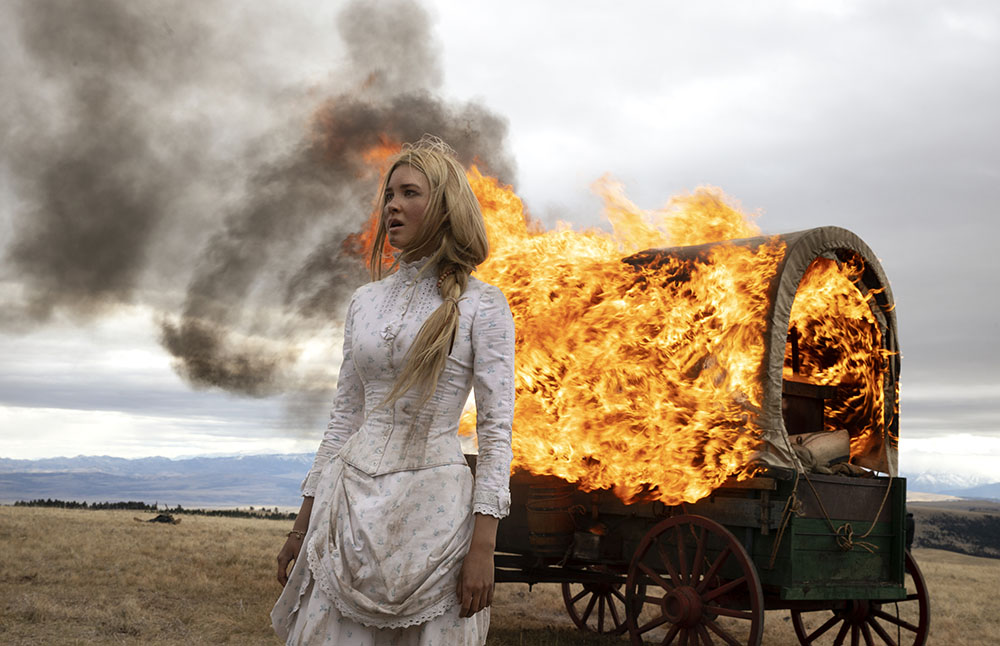 Is 1883 the Paramount+ drama’s title or how many tears each viewer shed during Sunday’s finale?

The Yellowstone prequel delivered a rather shockingly emotional and downright bleak ending to its first season finale (well, it’s not the finale, technically, and we’ll get to why in a moment).

Elsa Dutton (Isabel May) — arguably the show’s main character — perished in her father James’ (Tim McGraw) arms after succumbing to her arrow wound. Meanwhile, fan-favorite Shea Brennan (Sam Elliott) made good on his promise to see the Pacific Ocean so his late wife could “use [his] eyes to see the world” — then promptly shot himself. The result was an episode that felt firmly like the conclusion of a story, not the end of a season, and, as noted, it’s not even that since Paramount+ announced last week the order of “additional episodes” of 1883, while declining to call it a “season two.”

Below, 1883 executive producer David Glasser tackled some of the burning questions left by the episode, aptly titled “This Is Not Your Heaven,” which was written by the Dutton-verse’s prolific showrunner, Taylor Sheridan.

I have to admit: I didn’t think Elsa was going to die until about two minutes before she did. I kept thinking she was probably essential to the Dutton family tree, and there was no way you guys were going to kill off your narrator and arguably your main character.

Taylor sort of teased you with it in the beginning, and what you really understand at the end of the day is that the entire journey comes together at the end. For every single character, even down to our young boy John Dutton Jr., you can see where this goes forward in this journey. For James and Margaret (Faith Hill), they lost a daughter but found a place to build a better life. Shea (Sam Elliott) wanted to see the coast one more time — that’s what he wanted out of this journey after losing his family. Thomas (LaMonica Garrett), who had closed everything off in his life, found what he wanted: a woman. It’s just one of the things Taylor always promised in the beginning, “I’m going to button this up,” and just brings everything full circle. You understand the pain of this journey they invested in. Everything that happened sort of has a full-circle wrap to it. He closed every little piece up.

With Elsa, though, it makes showing her getting shot in the season’s opening flash-forward scene sort of brilliant. We’ve known this was coming for so long that we’ve just assumed she wasn’t going to die, even though surviving such a wound would have been highly unrealistic. Then you had James telling us point-blank last week she’s doomed, and a savvy viewer thinks, “Since we’re being told that, something must intervene.” You hid your ending in plain sight.

Exactly, and that’s what Taylor does. Everybody thinks it’s gonna be the music, and they go off over the hill. I’ve been with him seven years now producing his stuff. It’s never what you think, and [the other shows] we have coming up this year, there’s never anything that’s on the nose. Taylor believes in dropping you right into a world, and you’re going to be immersed in that world, and whatever you think is going to happen is not going to happen. I had people telling me on Saturday, “Oh, we know she’s going to live, so why don’t you just tell me?”

And then there’s Shea’s fate. This was also foreshadowed pretty bluntly when he talked about his wife and his promise to take a bit of her soul with him to the shore. Still, it was a gut kick being tacked onto the previous scene. Also, there’s something about killing off Sam Elliott that, as a fan, makes me go, “How dare you, Sir.”

Shea has gone on this journey, helping unselfishly all these people and doing something incredible. And I love all our characters, but Sam really committed this journey as an individual. Everybody went the distance on this show. We started in July in 105-degree weather in Texas and ended in blistering cold winds of negative 5, 10 degrees in the hills of Montana. And the joke went that Taylor wrote a character — Elsa — who’s wearing basically wearing a tank top. But nobody said a word. Tim and Faith, they’re husband and wife — they were like their characters and just crushed it. I’ve been very lucky to make a lot of great movies in my life, but this was spectacular. This cast and crew just really gave it their all. Everything you see in the show is a bit of what we lived through. There were no covered sets. There were no locations to go to when there was a snowstorm or a rainstorm or a windstorm or a dust storm or extreme heat. We shot through all that and COVID too.

Did any of the fates change for any of the characters along the way — through the writing and production process?

Nope. Taylor is a first-draft writer, and what he puts out is what we shoot. When he turns a script in, that’s it — there are no pink, blue, green, yellow [revision] pages along the way. There’s none of that. You’re not getting pages on Saturday night on a Taylor show. What you see is what he wrote back in May of last year.

So 1883 was billed as the story of the Dutton clan traveling to Montana and settling there. I’m assuming from this ending that you guys were not originally intending on another season, which is why Paramount+ is billing last week’s news as “additional episodes” rather than season two? This seems like it was supposed to be the end of this story.

You’ll see. I don’t want to give away too much, but [the announced upcoming Dutton-verse series 1932] was always intended to be the second season. Now the network is excited to bring you something really additional to 1883, which is super exciting. There was one way set with it — there was one version — and now there’s going to be two versions.

Everything is well-thought-out with Taylor. So when you see what’s coming, you’ll see it’s pretty exciting. I think 1883 was an incredible journey. We’re excited the way fans embraced it and I’m excited for people to see all the other great stuff that we’re doing around it now.

Can you give a sense of when you’re going to shoot more 1883? And I assume you have the surviving leads back on board?

I can’t give too much away, but we’re excited for the year ahead.

We haven’t heard anything about the 6666 spinoff in a while. What’s the latest there? Jimmy and Walker part of the cast?

That’s coming for next year.

And Yellowstone season five is prepping to shoot this fall? Have there been any talks about how many seasons Yellowstone’s story will ultimately have?

We’ll have to wait and see. We just got to see what Taylor has in the tank.